Technology hyperpoetry” can be used for transportation of cargo in Russia 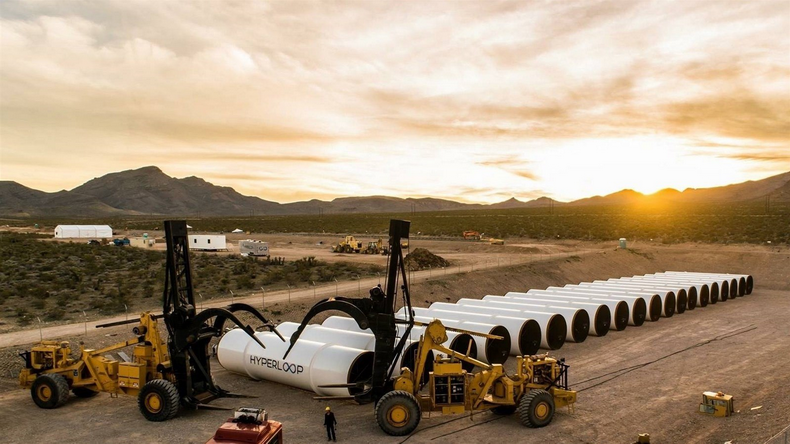 Russia may become the first testing ground for high-speed technology “Hyperloop One”, the idea of which belongs to well-known businessman Elon musk. The project has already been invested in certain investments, and officials announced plans for the creation of the vacuum tracks in the far East and in Moscow.

Thus, the Russian direct investment Fund (RDIF) was established on the initiative of the government to Finance major infrastructure projects in the country, made in June 2016 significant investment. This organization, together with the international venture companies the “Sherpa Ventures”, “Formation8” and “ZhenFun”, invested in the project “Hyperloop One”.

New technology provides for the carriage of passengers and goods at speeds of up to 1120 miles per hour in a special capsule on the system of vacuum pipelines. Commenting on these investments, which became the first investments of its kind for the FUND, chief analyst of the company “Opening Broker” Konstatnin Bushuev called them “risky, since the project is still in the development stage”.

During preliminary tests in Nevada in may 2016, the capsule was able to reach speeds of only 120 kilometers per hour. However, the Russian President supported the project and transport Minister Mikhail Sokolov has promised to implement this technology for the transport of goods in the far East. According to him, through the use of these transport containers will be delivered from China to Europe via Russia in just one day.

The volume of investments remains unknown, but it probably does not exceed $ 100 million, said Director of operations on the Russian capital market in the company “Freedom Finance” George Yaschenko. According to him, for Russia it is important to study the experience of the introduction of new technologies abroad, to assess the possibility of their use in Russia. In his opinion, “hyperpathia” is nothing more than an exotic form of transport”.

The announcement of the investment in the project was seen by some observers strange, since the Fund RDIF was created for investment in Russian companies.

“I don’t know any example when the FUND is invested in foreign companies”, said the expert and analyst of MFX Broker” Anton Krasko.

Representatives of FUND declare that the Fund is interested in the project because it is a unique technology, while personally General Director Kirill Dmitriev is a fervent supporter of the idea that the “Hyperloop One” may at first be used to transport cargo, and then passengers.

“Our investment in the “One Hyperloop” will provide the Russian market access to advanced technologies. Together with its international partners, the Russian direct investment FUND will support this project not only in Russia but also in the markets of Middle and Far East”, explained Dmitriev.

“We are now negotiating with the state company “the Russian Railways” about the first pilot projects, and hope that in the near future we will conduct a test of this technology in Russia. Not incidentally, such companies as General Electric and the French state rail freight operator “SNCF” also invest in this project”, he added.