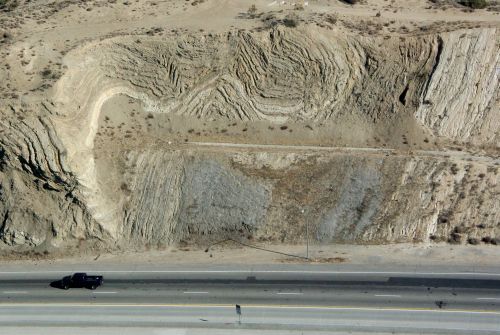 Geologists discovered the scars on the bark of the ancient continents of plate tectonics. These sites can remind myself, is manifested by earthquakes in the most unexpected areas.

It is known that large earthquakes occur in the vicinity of geological faults, allowing released strain energy of the converging tectonic plates. The most earthquake-prone areas located in such regions – for example, near a break the dignity-Andreas in California or the East-Pacific rise. However, the threat may be much more ancient faults – in fact, already lingering “scars” of the crust. So, earthquakes can wait and where it absolutely was not used. Write about the geologists of the canadian University of Toronto in a new article, published in the journal Nature Communications.

Scientists have modeled the behavior of the crust and upper layers of the mantle for long periods of time. They showed that as “amalgamation” of some tectonic plates with each other and new on the planet’s surface remain “scars” that persist for many millions of years. Such traces have survived in the depths of the modern continents, and from time to time they may make itself felt, manifesting itself in unexpected seismic and volcanic activity.

It is worth noting that billions of years ago when the Earth was younger and hotter plate tectonics it was manifested much more active, earthquakes happened more often, volcanoes erupted more powerful, the continents were moving faster than they are today. The calculations of geologists have shown that era left scars everywhere, including areas that are considered seismically safe, is, for example, desert areas of Australia, the American Midwest or the Russian Central Siberia. Immediate and imminent threat they are not, however, stress, preserved deep in the crust, can sooner or later be manifested. And from time to time, apparently, are rare earthquakes far from fault lines. 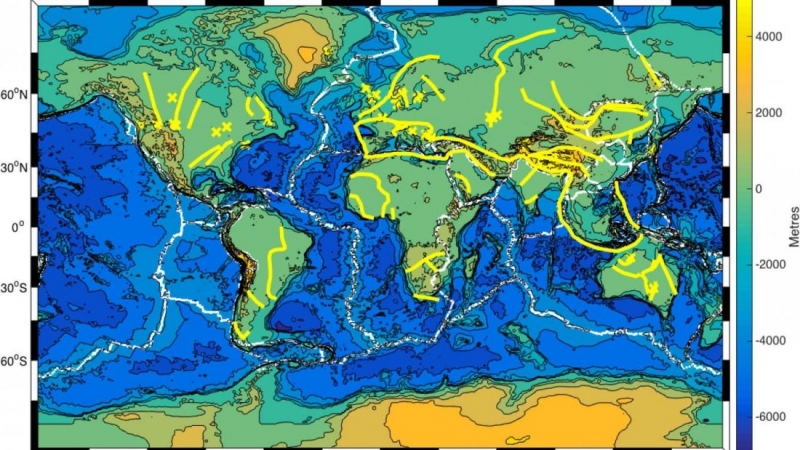 Traces of ancient plate tectonics on the modern map of the world: “scars” are shown by yellow lines

This is not the only example extant traces of ancient plate tectonics. For example, cratons – extremely dense and powerful “nuclei of continents”, where the crustal thickness reaches its maximum, is formed at approximately the same pre-Cambrian era.