Telekinesis in video games has become a reality 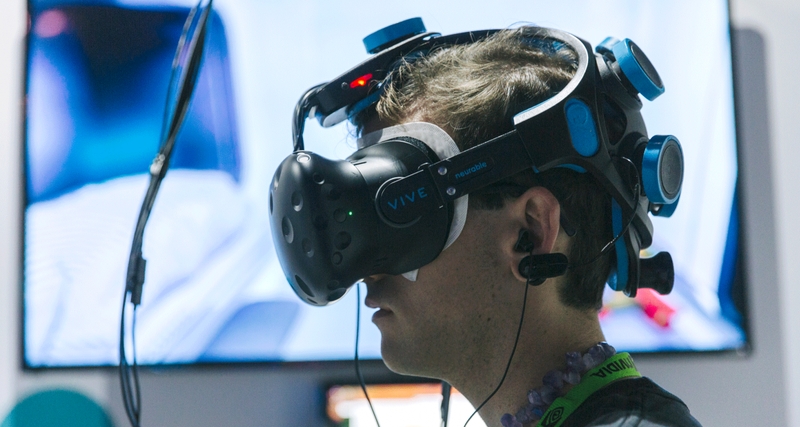 Startup Neurable in cooperation with Estudiofuture has developed a game in which you do not need to use a controller or even a body – you only have to control the thought!

The game called Awakening was announced on the eve of the conference on computer graphics SIGGRAPH 2017. The release will take place, presumably, in 2018.

In its plot, the game is similar to the American series “Very strange cases”: you are playing for a child who is forcibly kept in the state scientific laboratory; It turns out that the experiments carried out on the game character endowed him with telekinetic abilities; And you need to use these super abilities to eventually get out of prison.

The principle of the device is as follows: Neurable wire connects to the HTC Vive helmet and uses several electrodes located at special points – they detect ERP brain signals (evoked potentials associated with events). These small electrical changes in the brain are associated with movements, sensory experiences and thoughts.

The neurocomputer interface (NCI), first used in a computer game, finds a much wider application – for example, in neurobiological studies or for the care of patients with the syndrome of a locked man (such a person because of tetraplegia and paralysis of the facial musculature can not adequately respond to external stimuli) . In this case, as noted by neuroscientists, NCI does not work for all people: this is due to the fact that our brain is extremely complicated.