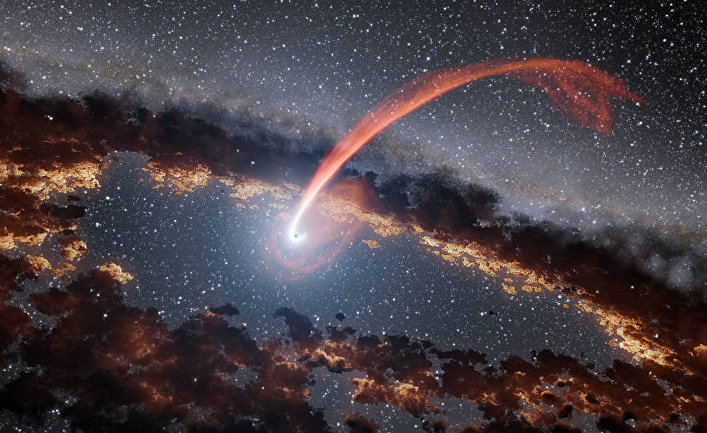 The Nobel Prize-winning LIGO detector and 70 other telescopes, thanks to their joint work, managed to fix for the first time how two neutron stars fused together. According to the publication Science, this is the most significant scientific breakthrough in 2017.

The top 10 also includes our previously unknown cousin, new means of treating serious diseases, a new way of repairing the genes and information about the much older origin of our species.

The LIGO detector again showed that an entirely new era had begun in astronomy. On August 17 this year, he recorded the strongest signal ever recorded, coming from two neutron stars that fused together in a galaxy 130 million light-years away.

The LIGO detector last year ranked first in the list of the greatest scientific breakthroughs, and this year the Nobel Prize in Physics went to Rainer Weiss, Barry Barish and Kip Thorne for their work with him. 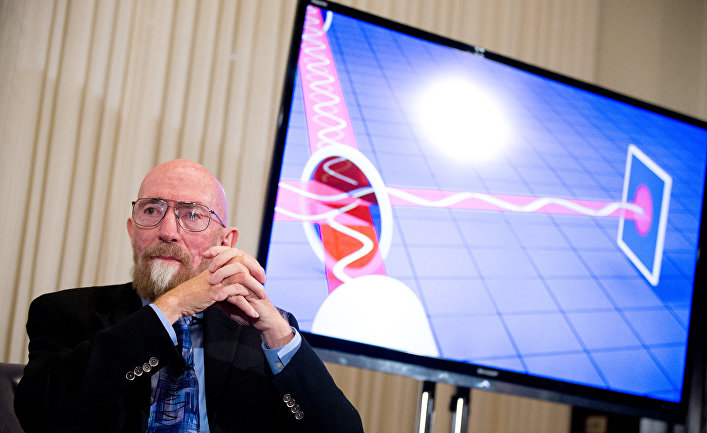 But the event on August 17 is worthy of one more first place. Earlier, LIGO registered gravitational waves coming from four collisions of black holes. This time, astronomers saw for the first time the clash of two luminous stars that a normal telescope could record, and immediately sent a message to their colleagues around the world: something interesting was happening in the starry sky.

LIGO and the European gravitational wave detector Virgo, as well as about 70 various telescopes, watched the deadly dance of two neutron stars and cascades of light, gold, platinum and other heavy elements that they collided and threw into space.

Neutron stars are very dense, they are like giant atomic nuclei with a diameter of 10 kilometers and can weigh one and a half times more than the Sun. Now astronomers have for the first time been able to test their theories about how heavy elements are formed during their collisions.

Gravitational waves, measured by LIGO and Virgo, are only a small ripple in space consisting of truly heavy celestial bodies. The ability to measure them gives you access to a completely new knowledge, as if we are connecting sound to a silent film about a symphony orchestra. August 17 for the first time this sound from LIGO and Virgo was combined with a picture obtained in other observatories, and we could hear the first piece of the whole concert of the universe.

2. A new anthropoid ape in the family

This year we have a new cousin – a previously unknown orangutan inhabiting the north of Sumatra. Up to this point, there have been six species of apes: chimpanzees, dwarf chimpanzees, two kinds of gorillas, as well as the Kalimantan orongutan (Pongo pygmaeus) in Borneo and the Sumatran orangutan (Pongo abelii) in Sumatra. A new species, called the Tapanul Orangutan (Pongo tapanuliensis), lives on the other side of Lake Toba, just a hundred kilometers from the Sumatran orangutan, and differs from it genetically and in behavior. Apparently, this is the oldest of the three species. In nature there are only 800 representatives of this species, and their existence is threatened by the planned construction of the dam. 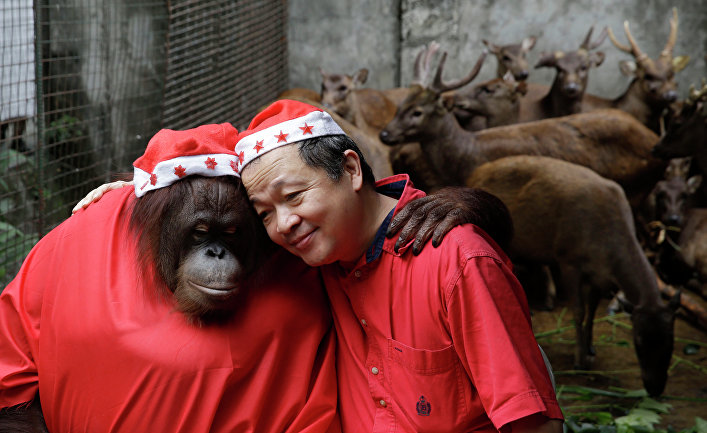 Orangutan by the name of Pacquiao with the owner of the Malabon Zoo in Manila, Philippines

The fact that the breakthrough in the Top Ten, rewarded this year by the Nobel Committee, is very unusual. As a rule, the committee takes much longer to do this. But this year in the top ten is not only an event marked by the Nobel Prize in physics, but also a cryoelectronic microscope, the foundation for the creation of which was laid by the laureates of the Chemistry Prize. Thanks to this technology, scientists can, up to the atomic level, investigate cell molecules indistinguishable by any other microscope, and even create films from these individual moments to show how molecules move and interact with each other.

Physicists are biologists who have found a way to share unpublished scientific articles with each other. Subscription to scientific publications is expensive, moreover, it takes a long time before the results of the work get there. For works on physics, mathematics and astronomy since 1991 there is a database arXiv. There, everyone can quickly gain access to the results of work and express constructive criticism, before the author sends the article for official consideration in a scientific publication. This year, a similar project for biologists under the name of bioRxiv has gained momentum.

Up to 60 thousand genetic deviations associated with human diseases are known. Almost 35,000 of them are explained by a single mistake in a single composite block of the genetic code A, C, G and T. Genetic scissors Crispr, which took first place in the Science 2015 rating, can cut and isolate the gene, but are much worse for To replace one “letter” of the genetic code. Scientists at Harvard University have created a new tool that makes it possible to chemically convert the erroneous C into T, and then the erroneous G in A. A group of scientists from the Broad Institute managed to do the same with the cousin of the DNA-RNA molecule.

6. Treatment, not depending on where the cancer lurked

In May, the US approved the drug for cancer pembolizumab (which is sold under the name “Keitruda”). It would seem, not so remarkable. The medication has already been approved for the treatment, for example, of malignant melanoma. But now it can be used for all forms of cancer, if the patients are malfunctioning mechanisms that correct errors that occur when copying our DNA. 86 seriously ill patients with 12 different types of cancer received treatment with pembolizumab, and more than half of them had tumors decreased. These data can lead to the creation of a new strategy to fight cancer.

In the ice of the Antarctic there are bubbles in which the air of the past has been preserved. Scientists were able to drill ice age 2.7 million years: it is 1.7 million years older than the previous record. Ice refers to the period when fluctuations between ice ages and warming have just begun, and the first analyzes show that the proportion of carbon dioxide in the atmosphere was then significantly lower than today. Now scientists want to drill ice five million years old, dating back to the time when the amount of greenhouse gases was about the same as today. 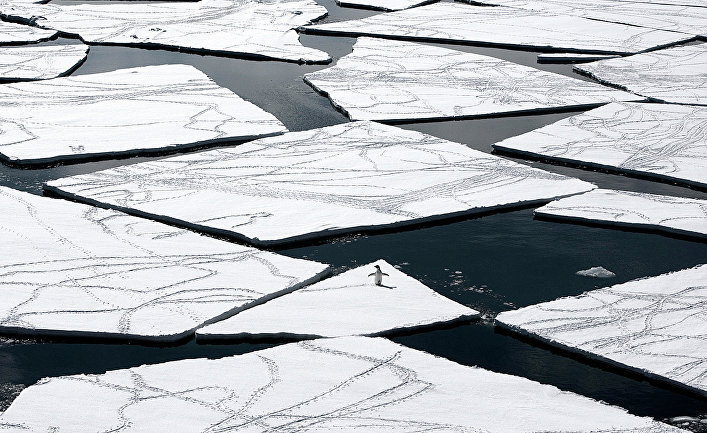 The Imperial Penguin on the Drifting Ice Floe in Antarctica

8. Homo sapiens older than we thought

This year, the concept of the place and time of appearance of our species has changed. Until now, the most ancient fossils that are considered to belong to Homo sapiens have been remains from Ethiopia 200 thousand years old, but our ancestors, it seems, existed already 300 thousand years ago in the territory of present-day Morocco. This is evidenced by the skulls and tools found in the Jebel Yerhud cave, one hundred kilometers west of Marrakesh. The miners found the skull there in 1961, but while anthropologist Jean-Jacques Hublin did not conduct new excavations, it was believed that this skull was younger and belonged to the African Neanderthals.

Atrophy of the spinal cord is a devastating disease. Children with the most severe form of the first type most often die before two years. Muscular function gradually fades, and as a result, children lose the ability to breathe independently. But now there was hope. Of the 12 children who received high doses of gene therapy, all but one could eat, sit and talk. The two began to walk.

And this was not the only breakthrough in gene therapy for the year. For example, one boy received a new skin, and two options for treating blood cancer were optimized, optimizing the patient’s own immune cells.

A neutrino is a small uncharged particle that weighs less than a millionth of an electron and can pass unimpeded through the whole Earth. Therefore, it is very difficult to study. Until now, huge detectors such as Super-Kamiokande, a giant steel tank with 50,000 tons of ultrapure water in a mine in Japan, or the IceCube, were required, in which to study these particles are used cubic kilometers Antarctic ice. This year the scientists managed to see the neutrino with the help of a completely new type of detector, which is quite mobile and weighs just over 14 kilograms. 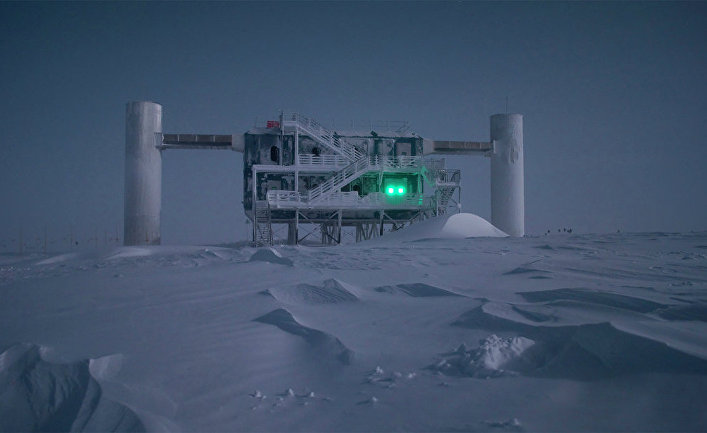 The Neutrino IceCube Observatory is located in the vicinity of the South Pole in Antarctica.

Scientific Fiasco of the Year

Even before Donald Trump took over as president of the United States, many scientists expressed great concern about his attitude toward science. And this was not an exaggeration. In the first year in power, Trump also decided that the US should withdraw from the Paris agreement on climate, made hostile to science people heads, for example, the Department of the Environment, and cut back on the funds allocated to science. In addition, he did not appoint himself any adviser on science. But all this also led to the fact that scientists all over the world went to the March in defense of science, something that had never happened before.

Among other fiasco is the abandonment of attempts to save the Californian sea pig from extinction and information about sexual harassment in the scientific community.