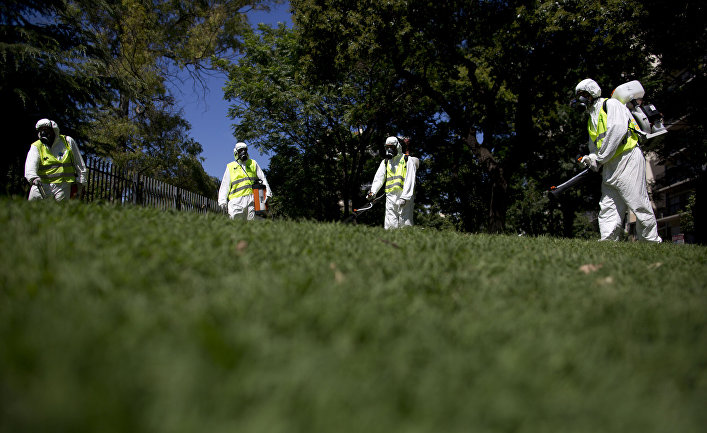 Bill Gates allocates millions of euros for vaccines. Headquarters, where they will be created to settle in Norway. The goal is to get ahead of the epidemic of the future.

“The time when you can do something to reduce the spread of deadly infectious diseases, is quite short. History suggests that the creation of a new vaccine takes years. While they develop, it is too late,” says the founder of Microsoft Bill Gates.

The correspondent of Aftenposten met with Gates, who remains the richest man in the world, in the showroom of the company in Davos during the world economic forum.

“The flu epidemic is the most critical. It can lead to an incredibly large number of victims. The most famous “Spanish flu” of 1917, when mortality rates in many countries reached 5%. The amount of the loss exceeded the loss in the First world war,” says Gates.

If you believe the simulation, such a scenario can lead to the fact that in the period of 12 months dies, 30 million people. If during the 22 weeks will be able to get the vaccine, this figure will be reduced by more than half. If the vaccine will be ready within 6 weeks, the number of deaths reduced to a few tens of thousands.

“Outbreaks of influenza occur all the time, but they are either spread slowly and had high mortality rates, or spread quickly, and the mortality rate was low. The probability that the epidemic with high mortality, combined with the rapid proliferation may occur, is small.

He warns that other types of epidemics and pandemics can have tragic consequences for the world: it concerns both the economy and lives lost.

On Wednesday, Gates announced that in conjunction with the coalition, which, among others, includes the Norwegian government, it will allocate a large sum to create vaccines for epidemics threatening the world, of which today there is no defense.

The initiative to establish the Fund arose in connection with the epidemic of Ebola fever that claimed 11 million lives in 2014 and 2015, the Epidemic has exposed significant shortcomings in the readiness of the world to epidemics and pandemics.

“And Ebola, and zika virus showed that the world tragically unprepared for, to identify local outbreaks and quickly respond to them to prevent them from becoming a global pandemic,” says Gates.

The need to prepare prototype vaccines

Director CEPI young-Arne Rottingen (John-Arne Røttingen) indicates that the commercial market for the creation of vaccines against some types of epidemics, which particularly threaten developing countries, no. He refers to the fact that, despite the discovery of Ebola in 1976, in 2014, when the epidemic began, the finished vaccine was not.

“Although there have been several promising vaccine prototypes ready to test on humans, they’ve been on the shelf for nearly a decade. The outbreak was, however, one positive consequence: when the international community began to take action against the epidemic, we were able to quickly start testing. The fact that under normal conditions it may take eight years, was done for the year,” says Rettinger Aftenposten.

First, CEPI intends to focus on three viruses: MERs, Niphe and Lasse, but the work of the Fund can be expanded to include other viruses that cause epidemic. The aim is to create possible prototypes of vaccines, so that it was possible to quickly test and begin to use, when to break out the epidemic.

“We will not be able to create a completely ready-made vaccine in advance because there are no people who would be infected before the outbreak becomes a fact. But we can, for example, to check in advance that the most likely prototypes of vaccines are quite reliable and produce the necessary antimatter,” says Rettinger.

CEPI would also like to invest in a faster process of creating vaccines that will allow for their more rapid use in the event of a completely new and unknown epidemics. The headquarters of the Fund will be in Norway, offices in London and Delhi.

“This is a very big plus that the staff-apartment will settle in Norway. This means that we have a proper professional environment,” said Prime Minister Erna Solberg to journalists in Davos.

CEPI means the Coalition for innovation in the field of epidemic preparedness (Coalition for Epidemic Preparedness Innovations). The Fund was established by the authorities of Norway and India, with funding from the bill and Melinda Gates Foundation, the British Fund and Welcome the world economic forum.

CEPI involves a global partnership with the goal of developing new vaccines to prevent epidemics.

The governments of Germany, Japan and Norway and the bill and Melinda Gates Foundation and the British Foundation Welcome has invested in the first Fund of funds in the amount of approximately 4 billion NOK.

The goal of CEPI is to prevent epidemics by establishing a reliable and effective vaccines against known contagious diseases, which in the case of a disease outbreak could quickly start to use before they turn into a global epidemic.

CEPI is going to start its work with the creation of vaccines against viruses of MERS, Lassa and Nipah that can potentially cause serious epidemics.

The goal of the coalition is also assisting in the creation of vaccines against several strains of viruses Ebola, Marburg and Zeke.

To achieve these objectives, CEPI will need substantial additional investment, and the initiators of creation of Fund is asking governments and organizations to contribute to the protection of the world from future epidemics.

“The epidemic can destroy a society”

Gates said that he was confident that the cooperation with Norway and other partners will be successful and that money will be used for the purpose.

It may be that the vaccine will be useful in other areas, for example, against biological weapons and to create vaccines against other types of diseases, he explains.

Erna Solberg stressed that the epidemics of the Western world it is also important to help developing countries.

“Epidemic taking the lives and destroying the society, as do war and natural disaster. They know no bounds they don’t care if you’re rich or poor. If we protect those who are vulnerable, we protect ourselves,” said Solberg.

For those who need it most, no money

Forsmo Siri (Siri Forsmo), physician and Professor of community medicine at the Norwegian University of technology NTNU, says that often the vaccines most needed by countries that have no means to pay for them.

“The use and development of vaccines is largely due to the fact that there are countries that can pay. For example, measles vaccine, have long been included in the vaccination programme of most Western countries. However, it is not offered to children in many poor countries, although perhaps they need it most,” says Forsa.

She talks about what about the high cost of vaccines had discussions.

“To vaccinate its population have the opportunity, first of all, rich countries. Those who create vaccines, are interested in order to sell them, the system works exactly. So I think that the initiative of Bill Gates, is quite appropriate, based on the perspectives of global health, as well as from a moral point of view”, — stressed Formu.