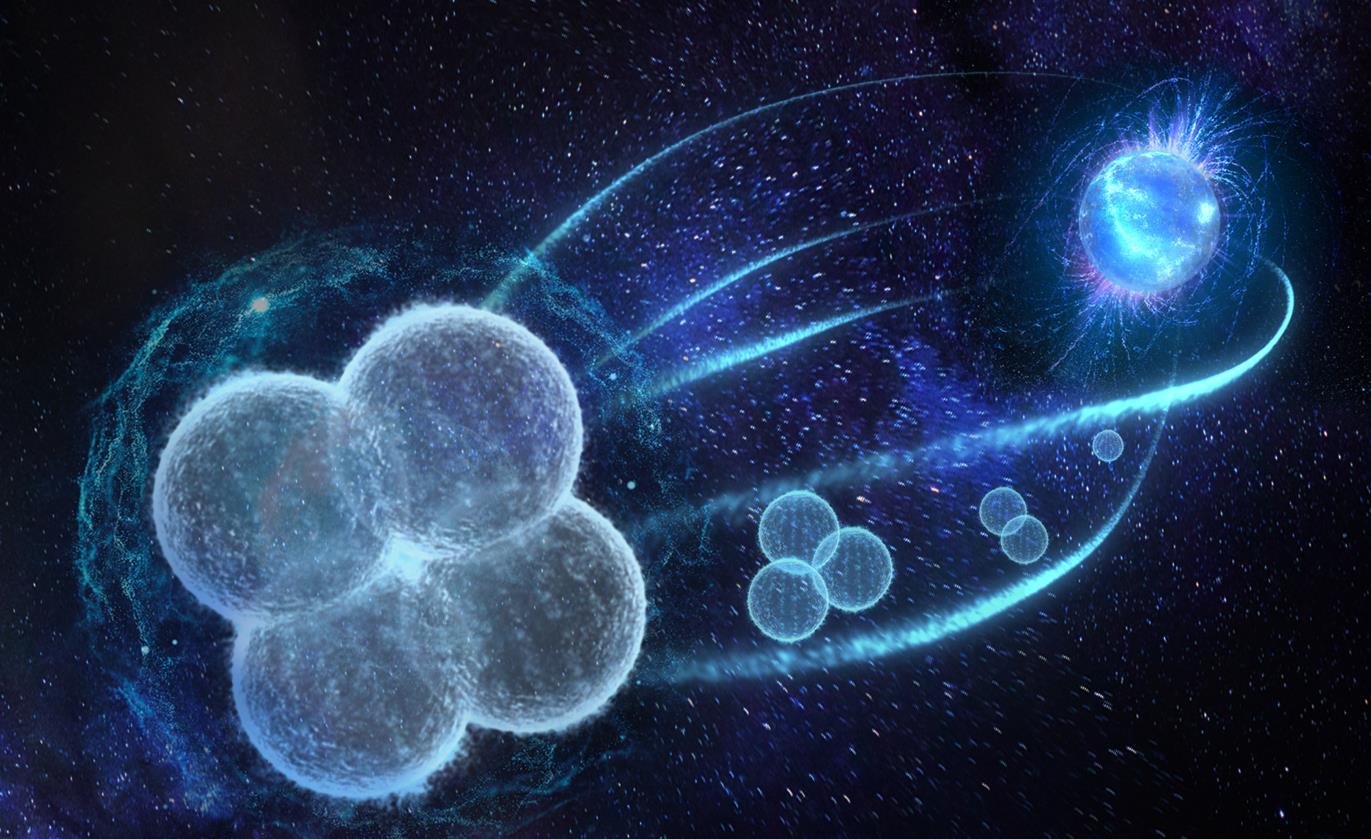 The scientist of Lomonosov Moscow State University and his colleague, using new interaction between neutrons, theoretically justified the low value of energy of a tetraneutron resonance received in an experiment. It proves a possibility of existence of the particle consisting of four neutrons, but during very short time.

The group of the Russian, German and American scientists which part the high research associate of the Research Institute of Nuclear Physics (RINP) of D. V. Skobeltsyna Andrey Shirokov is calculated energy of a resonant status of a tetraneutron. Their theoretical calculations having new approach to a research and new interaction between neutrons in the basis will be coordinated a dataful experiment in which the tetraneutron was formed. According to calculations, lifetime of a tetraneutron makes 5×10−22 sec. It is possible to get acquainted with results of operation in Physical Review Letters log.
In search of neutron stability

The neutron lives about 15 min. before breaks up to a proton, an electron and an antineutrino. Also stable system consisting of huge number of neutrons, a neutron star is known. The purpose of scientists was to clarify whether exist some other, at least the short-lived systems consisting only of neutrons.

The system doesn’t form of two neutrons even of short-lived statuses. On the basis of long-term pilot and theoretical studies it is considered standard that there are no such statuses and in system from three neutrons. More than 50 years searches of a tetraneutron — system from four neutrons were carried. Many years these searches didn’t bring result until in 2002 the group of the French researchers in an experiment on the Big national accelerator of heavy ions (Grand accélérateur national d’ions lourds or GANIL) in Cana found 6 events which could be treated as formation of a tetraneutron. However it wasn’t succeeded to reproduce this experiment, and some researchers hold the opinion that in it incorrect data analysis was used.

The new stage of searches of a tetraneutron is carried out at Factory of radioactive ions at the Japanese institute RIKEN where learned to create a good bundle of kernels 8ne. The kernel 8ne consists of an a-particle (a kernel 4ne) and four neutrons surrounding it. Applications for carrying out experiments on search of a tetraneutron were submitted directly by several groups of scientists of the different countries. In the first such experiment published this year by the Japanese group kernels 8ne went to a target from kernels 4ne, and as a result of collision the a-particle was beaten out from 8ne, leaving system from four neutrons. Four events which are interpreted as a short-lived resonant status of a tetraneutron were revealed. This experiment continues.

How many to live to a tetraneutron?

The scientist of Lomonosov Moscow State University and his colleague have provided theoretical estimates of energy of a resonant condition of a tetraneutron and its time of life in the article. They helped with preparation of one of experiments on search of a tetraneutron when the group of experimenters from Germany has appealed.

“Such estimates have been carried out by us in different models, and the corresponding results have formed the basis of the application for an experiment. After that theoretical approach has been carefully developed and numerous calculations on supercomputers which results are published in our article in Physical Review Letters” are carried out, Andrey Shirokov, the original author of article says.

The received results for energy of a tetraneutron resonance of 0.84 MEV perfectly will be coordinated with data of the Japanese experiment of 0.83 MEV which, however, are characterized by a big error (about ±2 MEV). For width of a resonant condition of a tetraneutron value of 1.4 MEV is calculated that there correspond to time of his life about 5×10−22 sec.

“Let’s note that to us in one theoretical work existence of a resonant condition of a tetraneutron at such low energiya wasn’t predicted, about 1 MEV”, Andrey Shirokov continues.

Perhaps, it is connected with the fact that scientists have developed and have applied new theoretical approach to a research of resonant states in nuclear systems which has been approved on simpler tasks and then is applied to a tetraneutron research taking into account specifics of disintegration of this system on four particles.

“However also other reason connected with the fact that we used the new interaction between neutrons developed in our group is possible. These researches will be continued, we will carry out calculations with other, more traditional interactions, and our French colleagues intend to study a tetraneutron with our interaction in their approach. Well and, of course, with huge interest results of new experiments on search of a tetraneutron are expected”, Andrey Shirokov concludes.

Researches were conducted by big international group of theorists where from Russia scientists not only from Lomonosov Moscow State University, but also from the Pacific state university (Khabarovsk), and also colleagues from the USA and Germany participated. Further scientists from South Korea will get into gear. The Russian side played the leading role in these researches, in development of theoretical approach both to a research of resonant states, and to creation of new interaction between particles in atomic kernels.