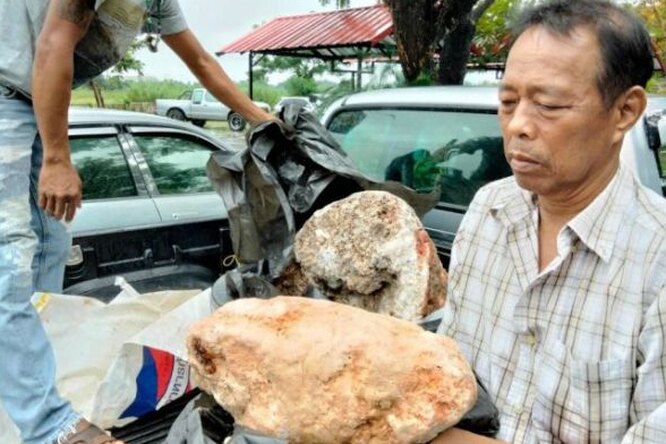 Finding a hardened clot of whale vomit is quite difficult, but it seems that this unspoken rule does not work on the beaches of Thailand. Twice hardened whale vomit has been found in these locations, which eventually sold for hundreds of thousands of dollars! Recently, history repeated itself on a record scale.

You never know what fate has in store for you: a multimillion-dollar inheritance or a huge stone straight from the stomach of a whale. In any case, a rich life is guaranteed!

The solid substance that forms in the digestive tract of whales has the beautiful name ambergris. It is considered marine gold, which is used in perfumery to make the fragrance more lasting. At the moment, natural amber is added only to a very expensive perfume.

This November, 60-year-old Naris Suwannasang stumbled upon a real treasure of amber! On the seashore near the town of Nakhon Si Thammarat, a fisherman noticed several pale boulders. To take away the found treasures, Suvannasang needed the help of cousins. When they brought the lumps home, they burned them with a lighter to find out for sure whether it was ambergris or not (when melted, it emits a musky aroma). After making sure that Suvannasang had indeed found ambergris, he weighed all the stones. It turned out that his find is the largest in the world! The weight of the ambergris found was 100 kilograms. 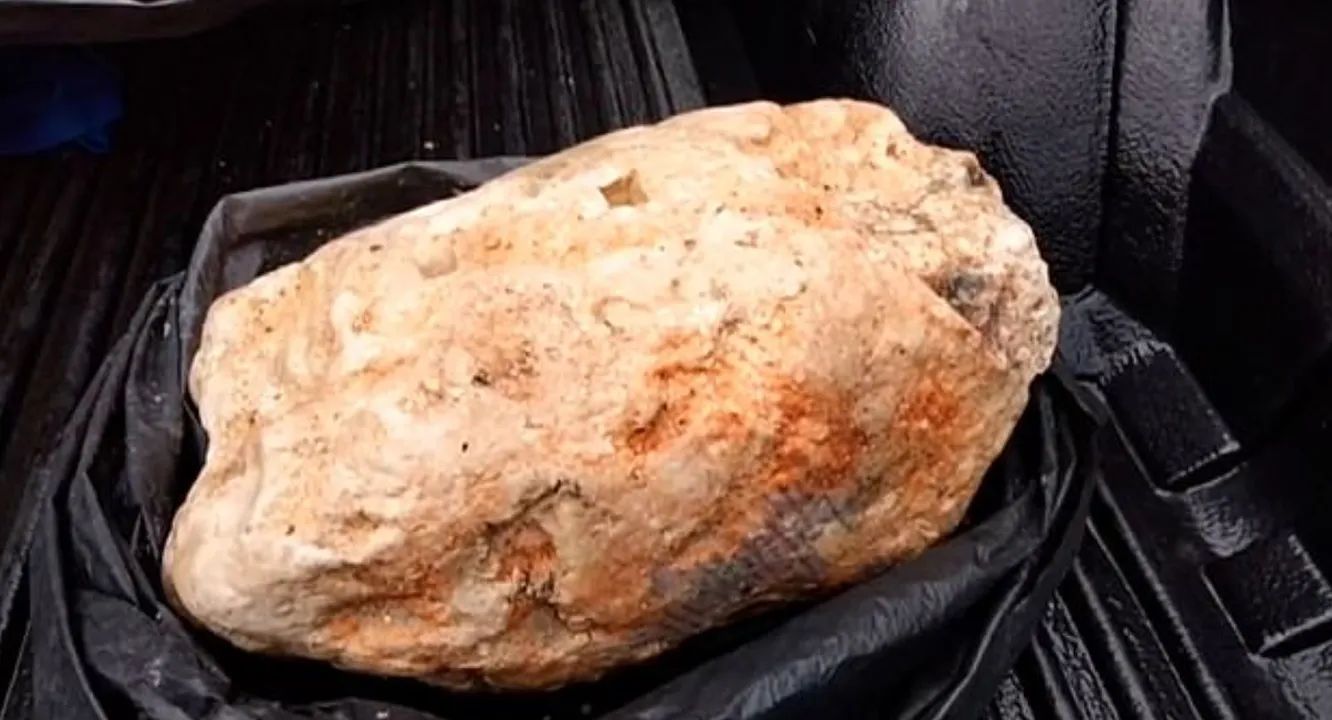 The fisherman has already been contacted by a local businessman offering 960,000 Thai baht ($ 31,729) per kilogram. In total, this would bring Suwannasang a fortune of almost $ 3.2 million! For someone who makes $ 600 a month, that’s a lot of money. However, Suvannasang is in no hurry to sell ambergris, first he wants to tell the police about his find, in case someone tries to steal it.

Previously, fishermen from Oman could boast of a record size of the find, who caught a huge piece of amber weighing 80 kilograms. It was sold for $ 3 million.