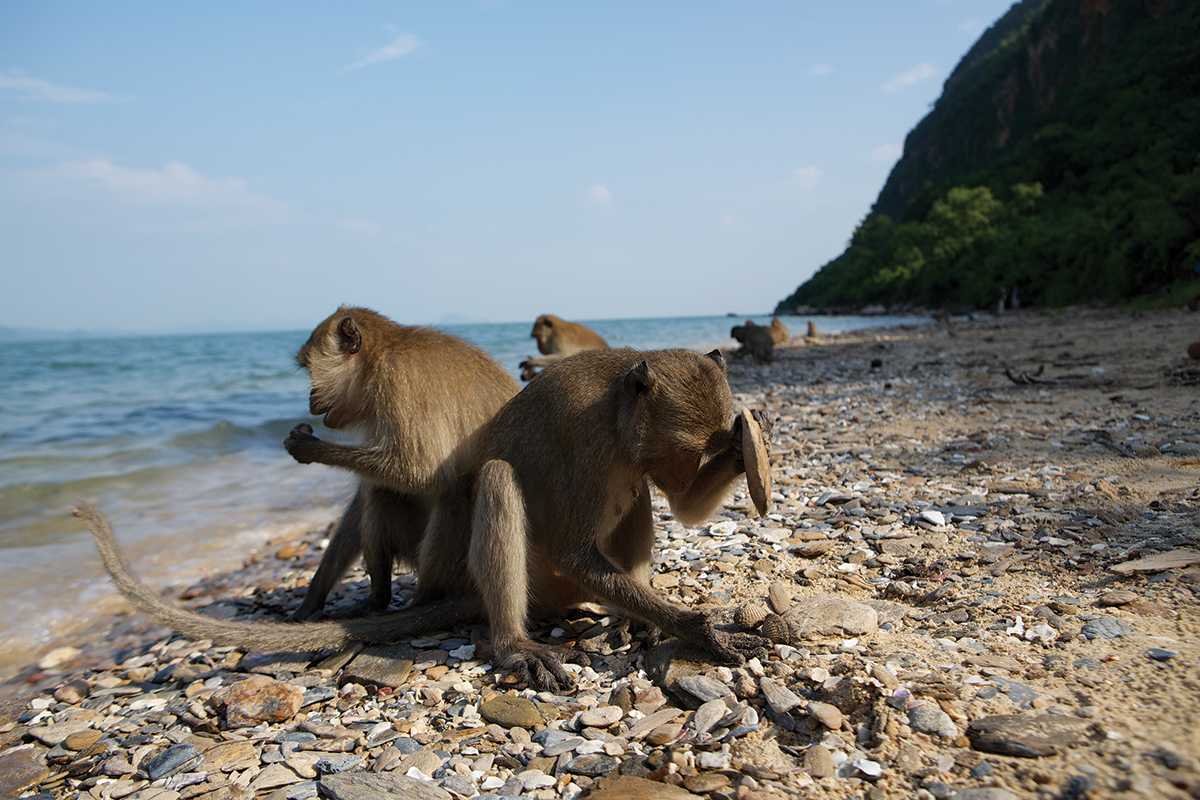 Macabees-crabeater on the islands of Thailand actively use stone tools and break solid shells of mollusks, whose populations are rapidly shrinking.

Long-tailed Macaca fascicularis macabes are common throughout Southeast Asia, omnivorous and swim well. Crabs and sea life are not their main food: crab eaten fruits and nuts, insects and snails. Along with African chimpanzees and South American Capuchins, these macaques actively use stone tools.

“Advanced technology” opens up to them incomparably more opportunities for food production, allowing to break shells of mollusks and get to their meat. A biologist from Oxford, Lydia Luncz, and her colleagues investigated how the use of macaques in guns affects local populations of mollusks. The results of their work are published by the magazine eLife.

The authors observed the life of crabs in nature, on the coast of two islets in the Phang Ngang Bay in the southeast of Thailand. The population of macaques on one of them was only nine individuals, while on the neighboring one it was much denser and numbered about 80 monkeys. As you might expect, on the second island of mollusks it turned out to be less both in species diversity and in number.

For example, the sea snails Planaxis sulcatus on a densely populated island were four times less than on a sparsely populated island. Diminished and their size: the local oysters on average became 70 percent smaller. According to the estimates of Lydia Luntz and her co-authors, who observed the behavior of 18 macaques on both islands, on average the crab-eater, using stone tools, eats about 40 mollusks, which undoubtedly creates a strong pressure on their populations.

Scientists believe that after a while it will deplete the resources of the island. The macaques will not need to use the guns further, and soon they will probably forget that they ever did it.