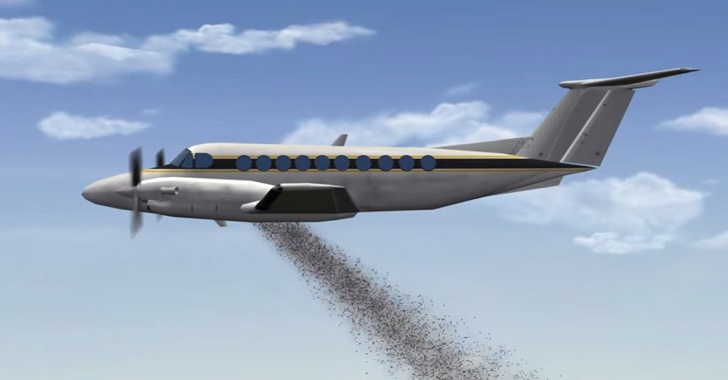 In the result of logging and deforestation of 16 million square kilometers of forests once covered our planet, today there are only 6.2 million. In addition to the negative impact on human life, the rapid disappearance of forests in all parts of the world threatens the enormous diversity of species, including Brazil nut and cacao trees, as well as acai palm trees; animal world, including those on the brink of survival, the monkeys in the forests of the Central highlands of Vietnam. This pernicious process also plays a crucial role in climate change, instead of to prevent them. The fact that 15 percent of greenhouse gas emissions result from deforestation.

While the forest cover of the planet is rapidly destroyed due to industrial farming, grazing, illegal logging and infrastructure projects, Thailand has found a unique way to restore their deprived of the earth’s forests. There is used a method of “seed bombs” or aerial reforestation, the essence of which is that the seedlings of trees and other plants are dropped from a plane or unmanned flying device.

The idea underlying such bombardment, first appeared in Japan, where in ancient times there was a practice of applying the so-called “ground apples”. In the 20th century, it was propelled by a supporter of natural farming, also known as “do-nothing farming, Masanobu Fukuoka. The first known cases of “seed bombing” were recorded back in the 1930s, when airplanes were used for forest restoration in some parts of Honolulu.

However, the idea of using this method in industrial scale for the recovery of a huge forest, did not attract serious attention until 1999, when the American airline manufacturer company “Lockheed Martin Aerospace has announced plans to plant so 900 thousand trees a day. Their plan was to use a giant transport aircraft C-130, usually used by the military to create a “carpet” of anti-personnel mines around the combat zones. It was supposed to be implemented in Scotland, saving half of the cost compared to manual planting.

Airplanes are widely used for fire fighting, delivery of aid in disaster areas, as well as for the bombing of cities and people, but the idea of rebuilding what we have destroyed, even with a 70 percent probability of success, is the best weapon against deforestation on our once green planet.