Thanks to gamers, it became known how predators recognize the “camouflage” of birds 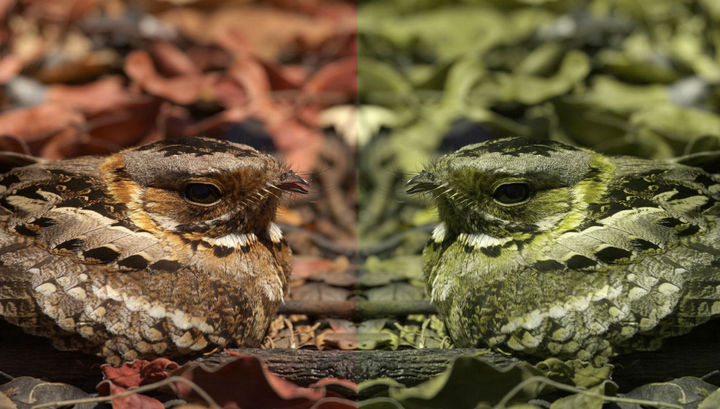 More than 30 thousand people, who were simply asked to play computer games, helped scientists understand how animals with different color perception find their prey in camouflage. Sounds amazing? Nevertheless, civil science – the concept of conducting research with the involvement of a wide range of volunteers – has already helped scientists many times.

This time the specialists of Exeter University drew attention to animals with dichromatic vision. It is a type of vision in which the perception of color is based on two independent channels, obtained by the corresponding types of cones. British scientists decided to find out how dichromatic vision, which is widespread in animals, affects their ability to detect disguised prey.

We will explain that most animals are dichromates, while, for example, humans, some other mammals and some fish are trichromates. It is noteworthy that different birds can boast of tetrachromy: they are able to see radiation that goes beyond the limits of the spectrum visible to the human eye and distinguish colors that people perceive as identical. Scientists wanted to understand how the features of vision affect the ability of an animal to track down a hiding prey.

During the game (which, by the way, can be played now), various photographs were shown to the subjects during the game, and then it was suggested to find disguised goatdogs (the genus of birds) or nests in which the eggs were found. The pictures were shown in the usual color for us (in case the participant, for example, tried on the role of the luminaire) or in the version that imitated the world view of animals with dichromatic vision (say, a mongoose). In other words, the participants of the experiment were offered to become a kind of predator looking for prey during the game. Within a few seconds, the player had to find the target in the picture and click on it with the cursor.

Experts assumed that victory will be for those who have much less color, that is, for dichromates, because “extra” colors will not distract them, and they will more effectively find a “target” than people looking at an ordinary image. But the results of the experiment were very surprising to specialists. It turned out that the trichromate quickly found both birds and nests than people who at the time of the game became dichromates.

It is noteworthy that the success of the task with dichromates was influenced by various types of disguise (drawing or brightness). But during the game, where it was necessary to find eggs hidden in the nest, the dichromates quickly coped with the task. In connection with this, it remains unclear whether dichromates can eventually learn to recognize the disguise of nests better than their rivals do. 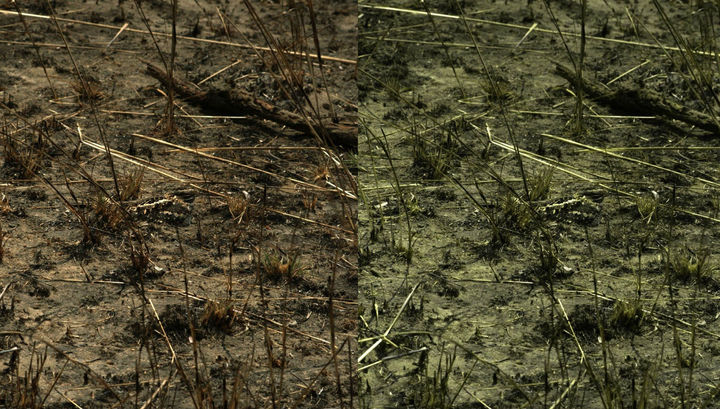 The lead author of the study, Dr. Jolyon Troscianko of the Center for Ecology and Conservation at Exeter University, said: “The research demonstrates the power of civil science.Scientists with the help of gamers are able to find answers to various scientific questions.”

According to him, the results show that the role of color perception in the detection of camouflaged objects is very difficult. “This can help us explain why color perception based on two types of receptors (dichromatic – ed.) Is so common in nature,” says Troscianco.

Although dichromates can only distinguish between a limited range of colors, they can better differentiate the differences between light and dark, and also to find hidden objects – these are undoubted advantages for a predator.

The authors of the study studied the disguise of the goats and other birds that nest on the ground in Zambia. In this place, trichromates (people, lanterns, baboons), and dichromates (mongooses, for example) also hunt on the nests.

A researcher at Exeter University, Martin Stevens, notes that disguise is probably the most common type of animal protection in nature, but their survival, in fact, depends on the sensory abilities of the animals that hunt them.

“We need to know more about how camouflage is reflected in the eyes of predators and it is also important to understand which type of vision is better for predators to find their prey trying to hide in this way,” says Stevens.