Thanks to graphene, robot skin can self-repair 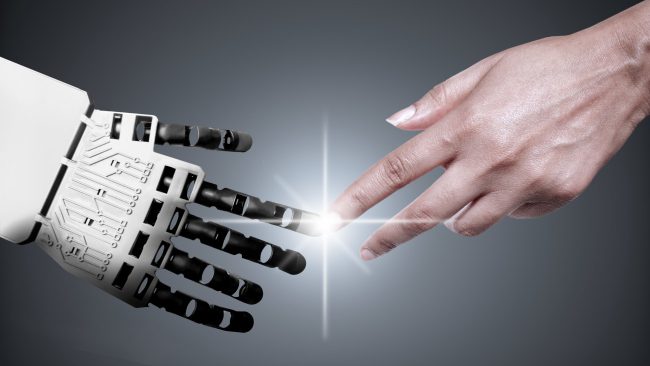 Graphene is a sheet of pure carbon atoms – it is now considered to be the most durable material in the world. It is surprisingly thin – a million times thinner than paper. Its thickness is so small that it is considered as a two-dimensional material. Despite its high price, graphene, due to its unique properties and variety of possible applications, very quickly became the most promising of modern nanomaterials.

In an article published by the scientific publication Open Physics, Indian scientists from Hyderabad consider the extraordinary properties of self-healing of graphene, which can help in creating flexible sensors that mimic the ability to self-healing of human skin. Earlier prospects of using graphene in the manufacture of artificial leather for medical use were already considered.

The skin is known for its incredible ability to self-repair, but until now the reproduction of this phenomenon using artificial materials seemed almost unattainable. The artificial skin of modern robots is extremely prone to ruptures and cracks. The study in question suggests a new solution in which a graphene-based subnanosensor is used to “heal” a fissure in artificial skin not only at the very beginning of its formation, but also when a gap has already appeared. This technology can be used in the next generation of electronics.

“We wanted to study the ability to self-repair both an undamaged and damaged single graphene layer and their use in subnanosensors designed to tighten cracks using molecular dynamics simulations.

We were able to document the self-healing of cracks in graphene at room temperature without the impact of any external stimuli. ”

It turned out that self-healing occurs due to spontaneous recombination of bonds. This ability is limited by the width of the gap.

Scientists have investigated a single layer of graphene with initially numerous defects – voids and cracks in various places of the leaf. Interestingly, as soon as the impact of the load ceases, graphene begins to “heal,” and the process of self-healing continues regardless of the nature of the defects of the graphene sheet.

The length of the cracks also did not matter. All of them “healed”, showing that the critical width of the gap is 0.3-0.5 nanometers. This indicator was the same for the original whole graphene sheet, and for the one that contained the damage.

Simulation of self-healing in artificial skin can be used in a variety of spheres – including sensors, mobile devices and ultracapacitors.