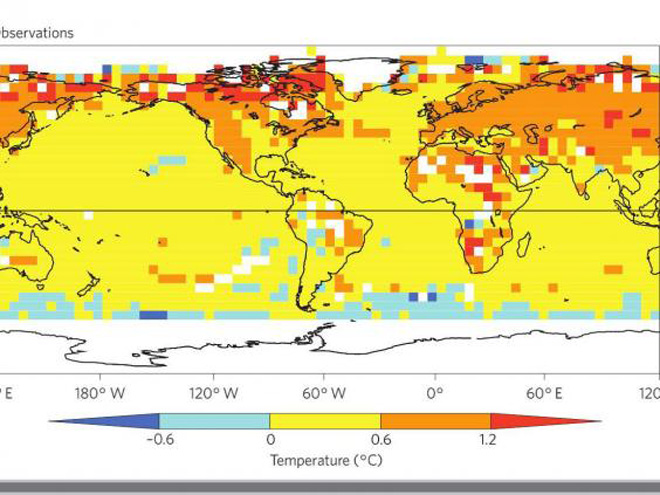 Some researchers are skeptical about building climate models. However, one of those that were created in the late 80’s, was surprisingly prophetic.

Almost 30 years ago, scientists developed a computer model of the Earth’s climate. The region’s leading experts compared the results reflected in the model to what was happening to the planet’s climate in recent decades. Surprisingly, the scientists found great similarities. For example, from the very beginning, the model unexpectedly for all predicted a slight warming or its absence in the Southern Ocean. Despite the fact that it takes a longer period to confirm this theory, even today these indicators are proved by actual measurements.

The model also demonstrates that warming is concentrated in the northern hemisphere, moving towards the continental continents of North America, Europe and Asia.

The head of the research group for climate and ecosystem studies at Princeton University, Dr. Ronald Stauffer, and senior university meteorologist Dr. Sukuro Manabe, in an article published in the journal Nature of Climate Change, say they did not expect the model to be so accurate: “It’s amazing to observe and predict A picture of the temperature change on the surface of the earth according to very similar models. This suggests that they probably contain key physical processes that control the geographic pattern of global warming on the surface of the earth. ”

Researchers said that the model rather did not have the correct distributions of temperature effects – the factors that cause temperature rises. However, these discrepancies were not critical.

The article also talks about a number of other similarities. “Comparing climate change observations with model predictions, it can be noted that areas of land are heated faster than adjacent areas of the ocean. This is confirmed by both models. Warming tends to reach its peak in the northern latitudes, mainly due to a positive albedo, “scientists explain.

In the results of the model, warming is minimal in the northern part of the North Atlantic – this is less pronounced in observations. According to the model, this is due not only to the deep, convective heat exchange, but also to the weakening of the Atlantic medial circulation. It is also evident that climate change in the Southern Ocean is not so obvious, which can be traced in the results obtained by the model. This is also confirmed by observation.

In general, scientists came to the conclusion that “the model made reliable predictions of patterns,” and were very impressed with the level of accuracy. “As the observation time period increases, a comparative analysis should be carried out again using a large number of climatic variables. The success of these forecasts will increase confidence in such model predictions of future climate changes, “the researchers explained.