The age of the “most ancient zero” was in doubt 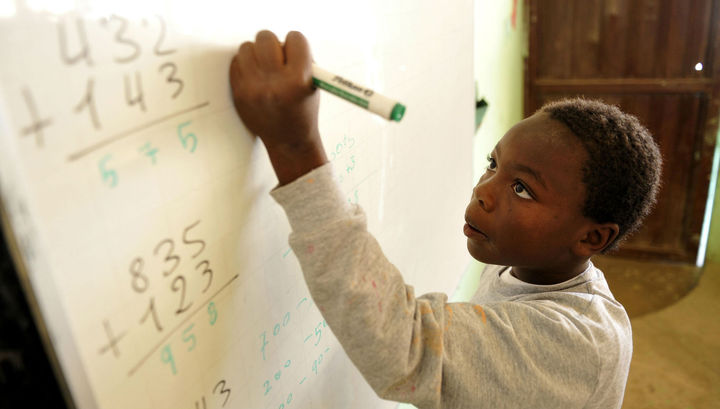 In September 2017, the Bodleian Library of Oxford University released a video clip in which the world announced the discovery. The experts then determined by radiocarbon method the age of the ancient Indian manuscript of Bakhshali, stored in the library. It turned out that three sheets of writing material from birch bark were created at very different times: they dated approximately 300, 700 and 900 years of our era.

This manuscript is interesting, in particular, in that it uses the zero symbol. If we assume that the whole manuscript was written in the times corresponding to the earliest dating, it appears that this is the oldest known use of such a symbol. However, according to the experts of the library, zero was used only as a digit in the decimal notation of the number, and not as a separate number, over which it is possible to perform arithmetic operations.

But now an international team of scientists led by the historian of mathematics Kim Plofker (Kim Plofker) published an article in the journal History of Science in South Asia, in which she put the voiced conclusions into question.

The researchers drew attention to the fact that the text on the sheets that received such different estimates of age does not at all look composed of fragments written at different times. The whole manuscript is a single coherent treatise. Moreover, it is written in the same handwriting. If you exclude versions with a dating error or a time machine, it turns out that the scribe did not live earlier than the most “young” part of Bakhshali was created. Simply, he used not only modern “for him” paper, but also more ancient.

Moreover, the dating of the entire manuscript by the end of the eighth century is consistent with other estimates of her age, based on historical documents.

If so, it turns out that the zero in the manuscript is 600 years younger than it was stated in the September releases. But, the authors console, it appears there as a full-fledged number, and not just as a symbol of an empty discharge. In particular, the treatise contains a phrase saying: “Add one to zero …”. This proves that the ancient mathematician understood zero as a number over which arithmetic operations can be performed.

At the end of the article, the authors regret that the Bodleian library staff preferred to announce its result not through an article submitted to a scientific journal, where studies are subject to mandatory peer review and review, and through a press release to newspapers and videos on the YouTube resource.