The air in India has become cleaner during quarantine: visibility exceeds 200 km 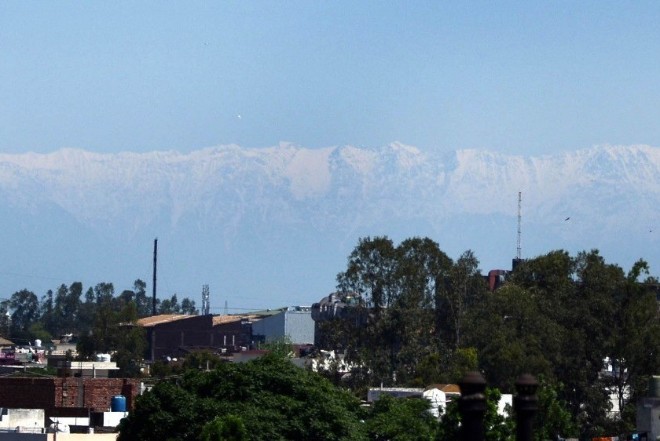 Many residents of the city of Jalandhar, located in the state of Punjab in northwestern India, on Friday, April 3, saw for the first time in their life the Dhauladhar mountain range, which is 213 km away from residential buildings. For several decades, the horizon was covered with thick smog, according to Tribune India.

Residents of the cities of Chintpurni and Palampur, which are 92 km and 175 km from the ridge, also reported an amazing sight on social networks. Usually the level of dust and pollution in this area is very high.

Due to the small amount of transport and the shutdown of enterprises that were closed for quarantine due to coronavirus, the air cleared so much that the snowy Himalayan peaks became visible. According to elderly eyewitnesses, the mountains have not been seen since their youth.

This suggests that just a month of environmental restraint can provide air purification, opening a view of hundreds of kilometers. Rare breeds of birds that were not previously seen began to be found in cities. The visibility of stars in the sky also improved to the level that was observed 30 years ago.

Environmentalists note that the conditions for complete blocking are not feasible, but strict compliance with environmental laws and industry regulations can significantly improve air even after quarantining.