The Airbus has created a motorcycle with laser 3D printing 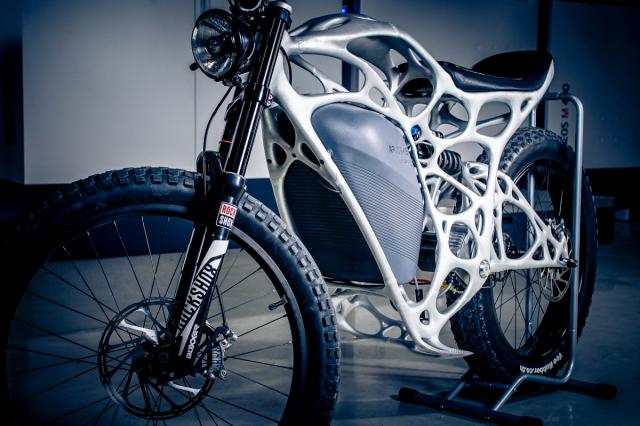 The Airbus engineers together with colleagues from division APWorks introduced in Germany, the motorcycle, whose frame was created by laser 3D printing.

The motorcycle weighs 35 kg, and the frame is only 6 kg. According to representatives of Airbus, the world’s first motorcycle, which was applied the laser 3D printing.

The model, called Light Rider, equipped with an electric motor with a capacity of 6 kW. Up to 80 km/h the motorcycle accelerates for a few seconds. Rama, despite the ease, you’ll be sufficient strength. Outwardly, it resembles a skeleton. When you create a frame system laser melts tiny particles of aluminum alloy called Scalmalloy, printing layer by layer. The thickness of each of them is 60 microns.

Thus, the frame weighs 30% less other rum made in the traditional way. The company plans to release a limited edition motorcycle. All will be made 50 copies.