The aircraft Solar Impulse has completed the world 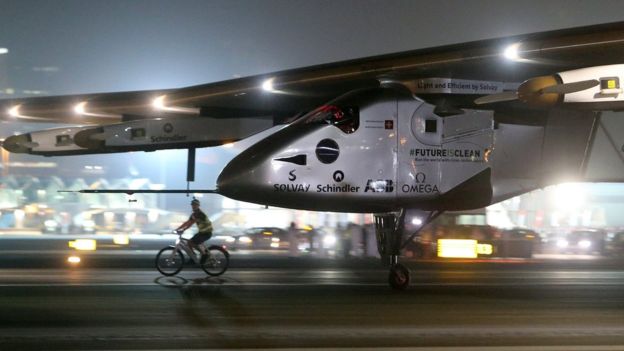 The plane on solar batteries Solar Impulse 2 successfully completed a trip around the world, arriving at its endpoint at Abu Dhabi.

The plane, operated by pilots andré Borschberg and Bertrand Piccard, the round-the-world flight began on March 9, 2015 starting from Abu Dhabi. Over the past year the crew made stopovers in 15 countries.

Solar Impulse 2 — an improved version of its predecessor, Solar Impulse. Its wingspan is 72.3 meters, weight — about 2.3 tons. The aircraft has 17248 solar batteries, of which there are four motor. The cruising speed of the aircraft is 140 kilometers per hour.