The amazing properties of the web 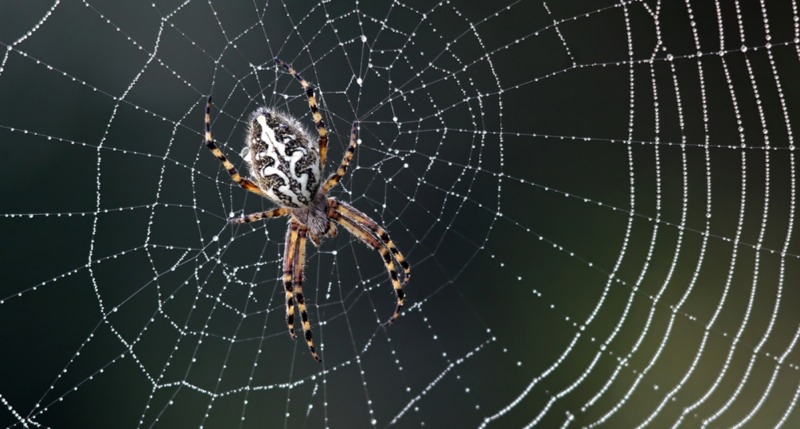 We already know that the web is a truly amazing material, but scientists continue to find even more of amazing properties and features of these silk threads. For example, recently an international group of researchers found that the web shares the useful properties of semiconductors. However, instead of working with electrons, it can be used for manipulation of sound and heat.

As described in the article of the journal Nature Materials, the web can block certain quasi-particles of sound called phonons) of different degree of frequency similar to how semiconductors can block certain electrons.

“There is a certain range of frequencies that can be blocked. If you pass a sound of a certain frequency, it will not pass through this material,” says study co-author Edwin Thomas of rice University.

This effect is called the “band gap” and allows scientists to effectively “customize” the materials with such a property for various purposes. Photonic crystals such as opals, for example, formed in the nature, doing the same trick, but with waves of light. Of course, photonic crystals can act in the same way as sound, but this is the first time this peculiarity was discovered from web.

The web may be stronger than steel and can stretch like rubber. That’s why many scientists are trying to find a way to effectively borrowing its properties in materials such as Kevlar and nylon. In addition, the web has the property of stickiness, natural antimicrobial properties, it is hypoallergenic and biodegradable.

All of these amazing characteristics, this material owes its crystal structure. Inside each thread are even more thin threads, which increase its strength and allow it to stretch. 70 percent of the material consists of glycine, however, also included are alanine and serine. One of these components has a more ordered structure, and the other is less ordered. This difference makes the web so strong. 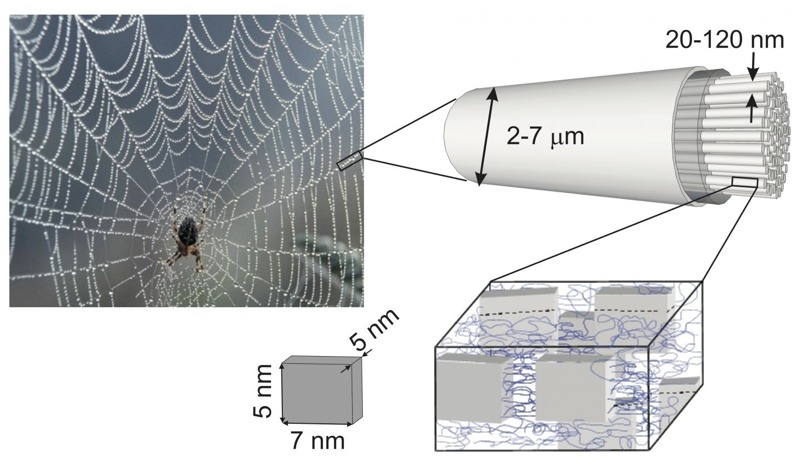 The microstructure of the web is able to block phonons

Due to the vibrations of the threads that spiders can sense when the web is damaged or it gets another victim. Surprisingly, the difference of the frequencies of these vibrations indicates the spiders on what is going on with their web.

When Thomas and his team investigated the microstructure of the web, scientists have discovered that stretching or, conversely, the weakening of the tension the softer the chains connecting to the more solid chains of protein crystals in the filament also changes and their acoustic properties. Scientists came to the conclusion that to control the width of the forbidden zone can be a simple thread tension. In addition, the researchers found that the web can be given, and thermal properties.

“Phononic crystals give you the ability to control sound waves. If these waves are short enough and of a certain frequency, it is possible to adapt the material for thermal properties. For example, if we can force heat to move in that direction, and not in it, or completely block the flow, in fact we turn the material into the insulator, to whom he was not before,” says Thomas.

If scientists can reproduce the crystalline microstructure that makes the web so special, it will open many opportunities in the production of new synthetic materials, for example, waveguides, or materials that will stop the sound or to provide insulation.