The American, confident that the Earth is flat, is building a rocket again 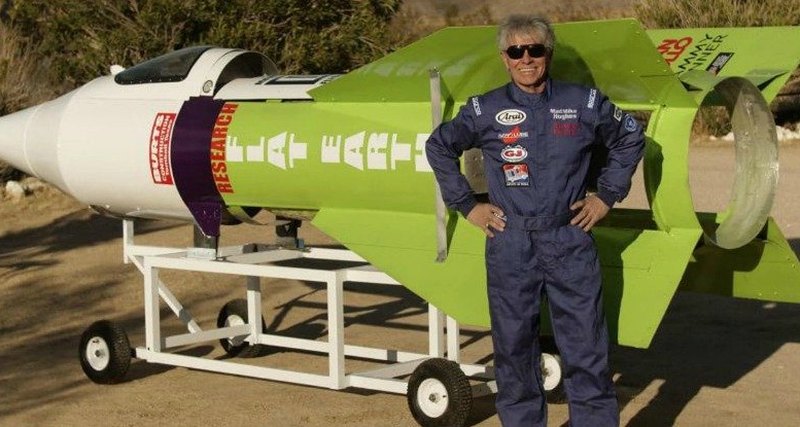 The missed flight last year on a rocket over the Mojave Desert should take place in early February. Its goal is to raise funds for the construction of an aircraft, in which Mike Hugh will climb to the stratosphere and check what form the Earth is.

The enthusiast of flat Earth, an engineer by vocation and limousine driver Mike Hugh decided with his own eyes to look at the Earth and find out what form it is. In that the Earth has the shape of a sphere, he doubts that shooting from the orbit does not trust, and NASA in some interviews calls the Masonic organization.

Last year, Hugh made an estimate; according to this document, a balloon, a jet pack and a spacesuit will cost at least $ 2 million. Such a money from an enthusiast flat Earth was not, so he was going to arrange an action: to fly 1.5 kilometers over the Mojave desert on a rocket with a steam engine.

The flight was scheduled for last December and did not take place. Hugh accused the State Agency for Land Management of this; a few hours before the start, officials banned him from running. And while the engineer was trying to deal with the documents on the ground, his rocket broke.

Now Hugh is ready for a new launch; The modified missile should take off on February 3 and rise to a height of about 600 meters. By this, the engineer hopes to re-gain public confidence, eroded after the abolition of the previous launch and accusations that Hugh uses the idea of ​​a flat Earth just to fund his projects. The problem with the land, he decided: he will fly up in private territory, and the state can not prevent him, he told the newspaper The Washington Post.

In recent months, Hugh has more doubts about what is being taught at school. Now he does not believe in the modern theory of the structure of the Earth: “We drilled only to a depth of about 12 kilometers, so all the talk about the mantle – nonsense. Nobody knows what’s really there, “he says.

The demonstration flight planned for February is only the first phase of a large project. If he ends up with luck, Hugh looks forward to big donations, due to which he is going to implement the second phase – actually, the flight into space. Having risen by 83 thousand kilometers (technically it is not quite cosmic, but the Earth can be surveyed from this height it is possible), Hugh is going to take pictures of what he sees, and once and for all solve for himself the questions about the form of the Earth and global conspiracies.