The American was pumped with the help of gene modification 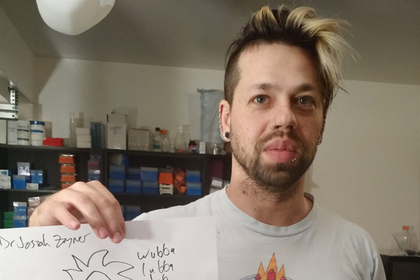 The former biochemist of the US National Aeronautics and Space Administration (NASA) and biohaker Josiah Zeiner described the consequences of the experiment, during which he injected the myostatin gene into his body using CRISPR technology.

According to the biochemist, he wanted to demonstrate that the equipment for DNA modification is inexpensive and easy to use even for those who do not have specialized knowledge. The man decided to increase muscle mass in his left hand and introduced an additional copy of the gene for myostatin, responsible for muscle growth.

He is sure that after the procedure, the genome changed in part of the cells. Since the introduced gene is well studied, the effect of its introduction should be noticeable. Now Zeiner is working on ways to check which cells the gene has been inserted into, and to what extent it affected the growth of muscles.

Zeyner has become a prominent figure in the culture of biohackers who are engaged in gene modification at home and are trying to improve their own body with modern technology. He sells kits that allow his own experiments to create transgenic organisms. However, Zeyner and other biohackers ignore the warnings from the US Food and Drug Administration (FDA) that the sale of transgenes without the approval of the relevant authorities is illegal.