The amulet from Mergarkh has shown revolutionary technology of casting 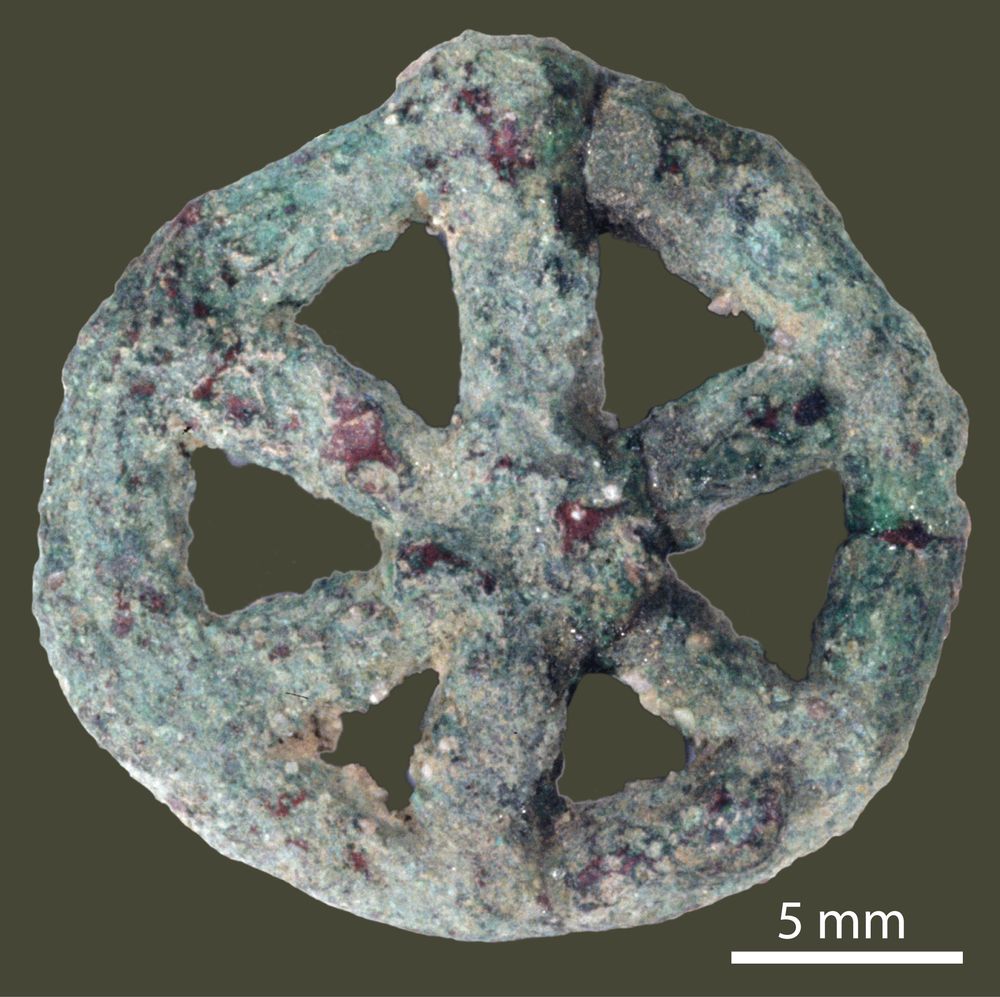 The French scientists managed to research the ancient amulet with 6 spokes found during excavation of the ancient city of Mergarkh. Nakhodka is remarkable the fact that it is the oldest example of use of the revolutionary technology of casting of metal products.

The analysis of a find was performed by means of the technology called “photoluminescent spectroscopy”. It helped researchers to determine that as well as what the amulet was made of. Results of their work are published in the Nature magazine. Despite the difficult name, an essence of this method it is extremely simple: you direct a bunch of photons to an object, and then measure the reflected light waves. Various materials reflect waves of different length so it is possible to determine precisely what an object is made of. But for similar manipulations it is impossible to use a regular small lamp, special devices are necessary. Scientists resorted to the help of the synchrotron SOLIEL attentively to research an amulet.

The artifact, whose number in the catalog appears as MR.85.03.00.01, is one of the few finds found in 1974 during Mergarkh’s excavation, an archaeological monument of the Neolithic era which is located in the territory of Pakistan, on the plain of Kacha. Apparently, Mergarkh was occupied several times, on a time span between 7000 BC and 2000 BC. The interval in 5000 years can be and it doesn’t seem something big, however the amulet has exclusive importance: for today this circular charm with 6 spokes is the most ancient example of innovation in technology of metal casting. It was created by means of a method which is called “casting in the melted model”. Unlike the previous methods of casting in a fixed form (which, as appears from their name, were cast in metallic, reusable forms), it is about use of a form disposable here. If you want to create such amulet, then it is originally necessary to make a wax remark. After that it is necessary to place procurement in crude sand, to heat it and to merge the melted wax before metal filling. When metal cools down, you will need only to remove sand particles, and you will become the proud owner of a charming trinket.

The amulet from Mergarkh doesn’t give an idea of complexity of a design which can be reached by means of casting in the melted model as it is quite primitive, but it is the oldest example of application of a similar method. Researchers confirmed that the amulet was cast in the form of an integral piece of very net copper. Because of complexity of purification of metal to such an extent and the casting, scientists assume that this subject had symbolical or ceremonial value. Alas, the spectroscopy can answer the question “from what”, but it is absolutely powerless before the most important question of history — “why”.