The ancestor of modern martens was discovered in China 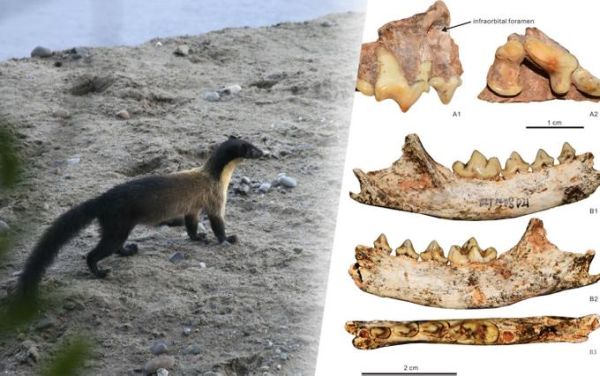 Chinese and Uralic paleontologists have discovered in a cave in the Liaoning province in northeastern China fossils of martens of the early – middle early Pleistocene (1.7-2.2 million years ago). The new species was named Martes crassidens. These are probably the earliest fossils that may belong to the ancestor of modern Holarctic martens. The research results are published in the journal Quaternary International.

“Morphological comparison, morphometric and morphotypical analyzes have shown that the fossil species demonstrates clear similarities with the group of modern martens living in the Holarctic region – with pine marten, sable, Japanese sable and American marten. But the find also has unique features. For example, the relatively large size of the teeth, very strong carnivorous teeth, a tall crown with a relatively short talonid, which is unlike any living and known fossil species. Such morphological features imply the consumption of coarser food and a tendency towards “durophagy” – a feeding behavior in which animals eat organisms with a hard shell. Direct specialization of Martes crassidens cannot be associated with durophagia, it can only be noted that this ancient marten had stronger and stronger teeth than its modern relatives, ”says Dmitry Gimranov, one of the authors of the work, an employee of the Ural Federal University.

Scientists have suggested that the new species is the ancestral form of modern martens. Martens appeared in the Pliocene (5.3–2.6 million years ago), and modern species – in the early – mid-early Pleistocene (1.7–2.2 million years ago). To determine the taxonomic affiliation, scientists have compared the found jaws with collectible samples from the collections of various museums in the USA, China and Russia.

Probably, the ancestor of the Holarctic group of martens settled in the northern part of Asia, and then spread to other parts of the Holarctic. This is the simplest explanation for the biogeography of martens. On the other hand, animals are very mobile, and more fossil materials are required to test this hypothesis.