The ancestors of modern butterflies had jaws 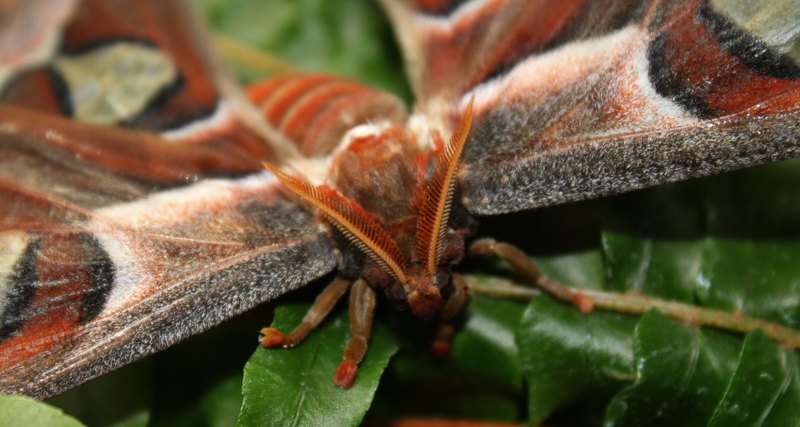 Archaeologists have extracted in the mountains in the north of Germany the amazing fossil remains of butterflies, judging by which the ancestors of modern nectar gatherers had the most real jaws!

Imagine a butterfly. A beautiful insect sitting on a flower and deftly sucking sweet nectar with a long proboscis. Presented? A nice and romantic picture, but … it was not always so. Recently, archaeologists have discovered in the rocks in northern Germany fossil scales covering the wings, bodies and feet of ancient butterflies. When the researchers carefully examined the find under a powerful microscope, they suddenly found on the scales a solid pattern in the form of a “Christmas tree”. This insignificant, at first glance, discovery indicates that the ancestors of modern butterflies had the most real jaws! 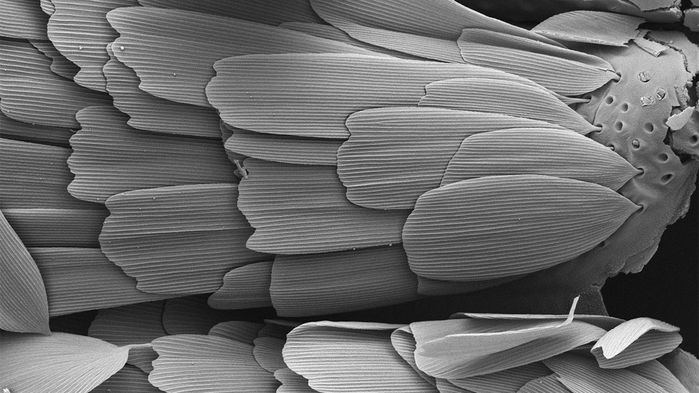 Fossil scales of ancient butterflies under a microscope

The thing is that most families of butterflies with solid scales have mandibles, so the presence of jaws in ancient insects was quite natural. However, the study of other scales, hollow and with notches, suggests that these insects also had a oral proboscis. The evidence of pollen grains and phytoplankton, whose age is about 200 million years, also testify to this – scientists tell about this in an article published in Science Advances. This is very strange, since flowering plants appeared in this area much later – from 160 to 140 million years ago. But why then did butterflies with mandibles need a proboscis? Were these winged beauties flying flying leeches of their time?

Scientists believe that the proboscis was not intended to extract nectar. It probably helped to retain moisture, which is very important in an arid climate: with its help, the butterfly collected teardrops from plants – but not from flowers, but from their seeds.