The ancestors of people were interbred with the Denis 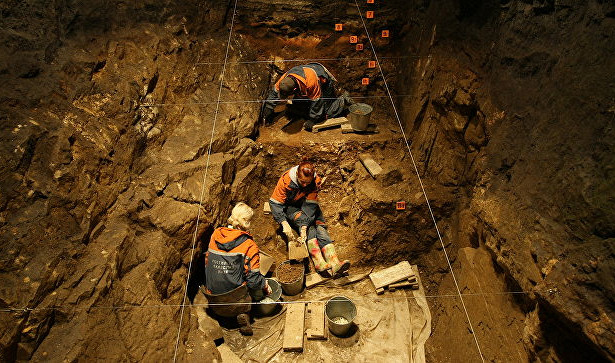 Paleogenetics unexpectedly found in the DNA of modern people the traces of not one but two populations of the Denisovites, which indicate that they crossed with the Cro-Magnonians at least twice. This complicates the picture of the evolution of mankind, according to an article published in the journal Cell.

“We already knew that our ancestors were in contact with the Denisovs, and that the Papuans inherited about 5% of their DNA from these ancient people.” When we compared the complete genomes of the Denis, Polynesians and Asian peoples, we found that Asians have a second set of genes ancient people who are absent from the inhabitants of Polynesia, “said Sharon Browning, a geneticist at the University of Washington in Seattle, USA.

In December 2010, the famous paleogeneist Svante Paabo announced the opening of a “third” species of people whose remains – one knuckle of their finger – were found in the Russian Denisova cave in the Altai. This discovery was made thanks to the “resurrection” of fragments of the genome, preserved in three fragments of the bones of an ancient person – a phalangeal bone of the finger and two teeth found in the cave.

As scientists initially believed, the “Denis” they found were the relatives of the Neanderthals, who lived in a cave about 50,000 years ago. Later it became clear that the “Denis” had emerged much earlier than scientists had assumed, and were a separate subspecies of people. Traces of their DNA remained in the genomes of modern Polynesians, Indians of South America and a number of peoples of Southeast Asia.

Browning and her colleagues unexpectedly discovered traces of another population of Denisians in the DNA of modern man, developing and testing new methods for analyzing and comparing the genomes of closely related groups of now existing and already extinct people.

After analyzing a total of about five thousand genomes of people belonging to different ethnic groups and races, scientists found that the DNA of modern residents of China, Japan, Korea and other countries of East Asia also contains traces of the Denisovites.

Their share was relatively small, about 0.1-0.2% of the total length of the genome, but they differed markedly in structure from those fragments of the “Denis” DNA that were found in the genetic code of the Papuans. Interestingly, in spite of the relatively small share of the genome of the ancient people, the Chinese, Japanese and Vietnamese were much closer to the Altai Denisovians in the structure of genes than the inhabitants of Oceania and Southeast Asia.
This fact, according to Browning, suggests that approximately 50,000 years ago, when the Cro-Magnon people began to penetrate into Asia, there were at least two separate groups of “Denis” in her territory, one of whom lived in the north of the continent and the other in the north south.

Their genes, according to the authors of the article, could help migrants quickly adapt to new living conditions and acquire immunity to those diseases that were present in Eurasia, but were absent in Africa.