The ancient ancestor of a giraffe was found in Spain 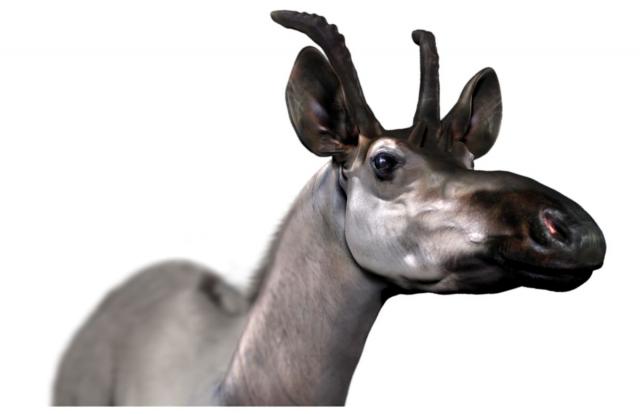 The ancient ancestor of the giraffe was found by Spanish paleontologists near Madrid. According to scientists, the animal lived during the late Miocene. The new species was officially named Decennatherium rex.

Unlike the modern giraffes, their ancestor had four horns, but he did not have a long neck. The two horns were long to 40 cm long and resembled a Turkish sword. The other two were skin-covered bone bumps at a height of about 5 cm.

The remains of the Decennatherium rex were discovered in the town of Cerro de los Batayonnes, where previously saber-toothed tigers, giant tortoises and predatory pandas were found.

Discovered by scientists an ancestor of giraffes can be considered one of the largest extinct ruminants. Decennatherium rex reached a height of 2.7 meters and could weigh about 2 tons.

Currently, the family of giraffes includes two types: giraffe and okapi. In total, scientists know more than 30 species of this family that have existed during the last 25 million years in the territory of Eurasia and Africa.