The ancient climate influenced the shape of your nose 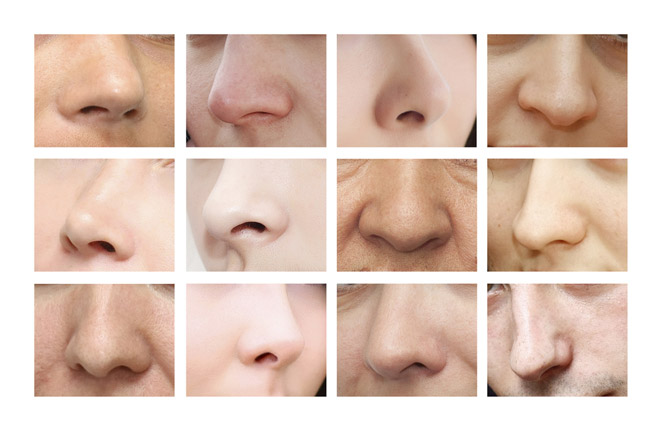 Ask anyone why you need a nose, and the answer is likely to be related to the ability to catch smells. We appreciate our noses, because they help to feel the scent of flowers and freshly baked liver.

In fact, our noses have another, more important function. They heat and moisten the air we breathe, helping to prevent diseases and damage to airways and lungs. Scientists for a long time suspected that the shape of the nose developed as a response to climatic conditions. In a cold and dry climate, natural selection favored the noses, which warmed and humidified the air better.

The team led by scientists from the University of Pennsylvania (USA) found evidence of the connection between the noses that we have now, and the climate in which our ancestors lived.

The researchers found that the width of the nostrils varied significantly among populations in different regions around the world. The higher the temperature and the absolute humidity in the region, the wider the nostril. And this means that the climate played a big role in the formation of our nose.

Scientists measured seven characteristics, including the height of the nose, the protrusion and width of the nostrils, skin pigmentation and growth in men and women whose parents were born in regions corresponding to their genetic origin. Researchers analyzed four regions – West Africa, East Asia, Northern Europe and South Asia. In each group there were at least 40 participants.

People whose parents and ancestors came from places with a warm and humid climate had wider nostrils. People with roots from cold and dry regions are more narrow. The strongest link between the width of the nostrils and the climate is in northern Europe. This means that the cold and dry climate was especially favorable for people with narrow nostrils.