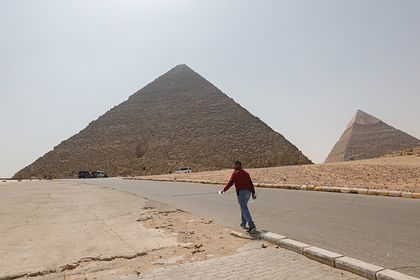 Researchers from the Association for the Study of Ancient Egypt (AERA) have determined the true dimensions of the Pyramid of Cheops (Khufu), which in ancient times was covered with white limestone cladding. They found that the shape of the base was almost perfectly square, suggesting advanced construction techniques for the giant monument. This is reported by the Daily Express.

The researchers found 84 anchor points on the surface of the sides of the pyramid, where limestone blocks were likely located. A grid was built from the points, which allowed scientists to use linear regression to determine the length of each side of the pyramid. It turned out that the length of the three sides reached 230.295 – 230.373 meters, and the length of the western side was more than 230.378 meters, that is, the deviation was 14.1 centimeters.

Although the base was not a perfectly regular square, the ancient Egyptians most likely used fairly accurate methods to get them closer to the ideal. According to scientists, they knew how to use a geodetic grid, on which they built the base of the pyramid. However, further research is needed to understand how this method works in practice.

The Pyramid of Cheops, estimated at 4,500 years old, is the only one of the Seven Wonders of the World that has survived to this day. The ancient Egyptians built it for 20 years, dragging an estimated 2.3 million blocks from the quarries where the stone was mined.