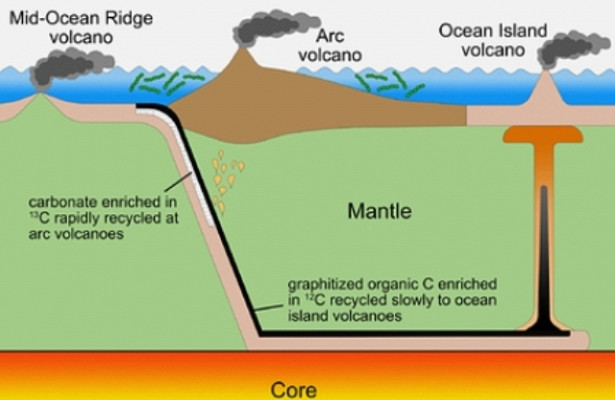 Geologists at Rice University in the United States explained what caused the Oxygen Disaster or the “Great Oxygen Event” 2.5 billion years ago, when the Earth’s atmosphere changed dramatically and was saturated with oxygen, which is important for breathing and the emergence of a complex life. Although photosynthetic bacteria were thought to be the cause, their activities are not able to explain some other geochemical features of the time. This was reported in a press release on Phys.org.

The researchers proposed a theory according to which tectonic processes, rather than biological ones, became the cause of oxygen accumulation. Although photosynthetic cyanobacteria are considered the main supplier of oxygen to the atmosphere, they appeared 500 million years before the Oxygen catastrophe. Various hypotheses have been proposed that explain why oxygen took so long to accumulate. At the same time, they do not take into account the “Lomagundi event” – a noticeable change in the ratio of carbon isotopes in carbonate rocks, which began 100 million years after the “Great Oxygen Event”.

Before and after Lomagundi, the ratio of the carbon-13 isotope and carbon-12 was 1 to 99, but during this period, the carbon-13 content increased by 10 percent. The cause of this phenomenon was also considered cyanobacteria, since these microorganisms preferred to consume carbon-12, and deposits formed by the remains of microorganisms and depleted in carbon-13.

According to scientists, both the Oxygen catastrophe and Lomagundi occurred due to a sharp increase in tectonic activity, which led to the appearance of a large number of volcanoes that spew carbon dioxide into the atmosphere. The climate became warmer, and a large amount of precipitation intensified the weathering of minerals on land. The carbon contained in the effluent discharged into the oceans, where it caused a boom in the reproduction of cyanobacteria and the accumulation of carbonates. At the same time, this same process contributed to the accumulation of oxygen in the atmosphere.

At the next stage, organic and inorganic carbon at the bottom of the ocean was immersed in the mantle in subduction zones, where oceanic plates dive under the continental and melt. Inorganic carbon in the composition of carbonates was quickly released in the form of volatile gases through volcanoes, and organic – after hundreds of millions of years.

The Lomagundi event occurred when carbon-13 from carbonates returned to the Earth’s surface, and ended when it was the turn of carbon-12. These carbon dioxide emissions were very important for the spread of life.