The ancient Pueblo Indians had a deep knowledge of geometry 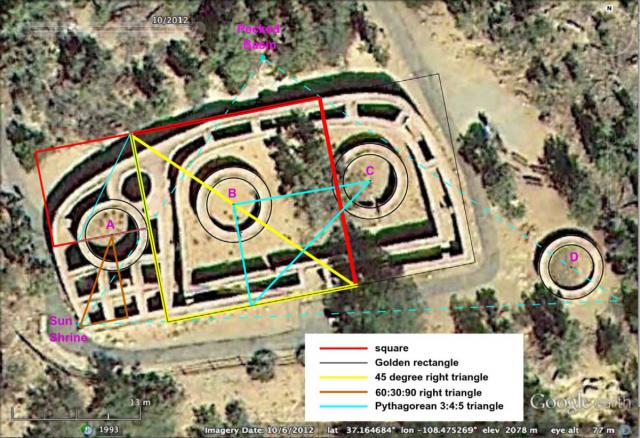 Professor sherry towers of Arizona state University, examined the temple of the Sun in the national Park Mesa Verde in Colorado, came to the conclusion that this structure created the Pueblo Indians had good knowledge of geometry.

Scientist found that the temple was built in accordance with the principles of the Golden rectangle, right triangle, right-angled triangle, the Egyptian triangle with sides in the ratio 3:4:5.

The Sun temple was built on the hill by the Pueblo Indians about 800 years ago. Although many believe that the complex, shaped like the letter D, was a ceremonial building, its true purpose is unknown. It is established that it was oriented relative to the Sun and the moon. Sherry towers also wanted to understand whether they used a complex and stargazing. 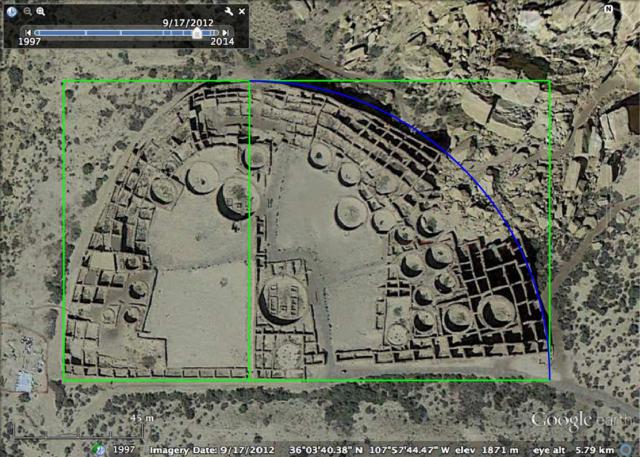 In the course of the research scientist is unexpectedly found that of the property is not chaotic, and are arranged in certain geometric patterns. According to towers, the Indians were clearly familiar with geometric shapes, which he knew Greek and Egyptian architects.

It is interesting that Pueblo had no written language and number systems, which could help them in the construction of the temple. Their measurements were not perfect. According to towers, the error was less than percent.

The Professor also found that when building complex Indians used the unit almost corresponds to the modern pound (about 30.5 cm).