The anomalous melting of the glaciers of Greenland found an explanation 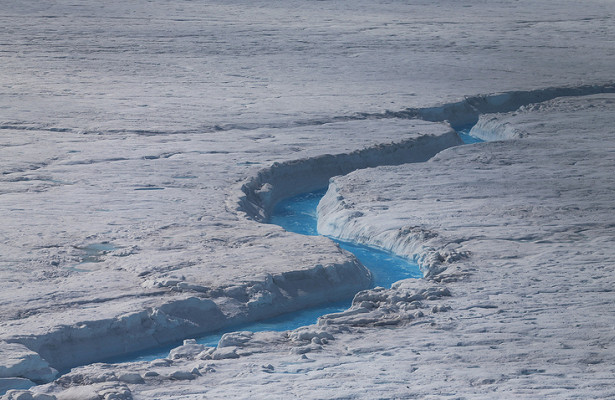 Researchers from the University of Aarhus in Denmark found an explanation for the melting process of the Greenland ice sheet, which looks anomalous against the backdrop of other parts of the ice cover in the world. According to scientists, they received data confirming the hypothesis that not only climate change but also internal processes occurring in the bowels of the planet itself affects the decrease in the mass of the glaciers of Greenland. The study was published in the British scientific journal Nature.

For 10 years scientists have measured the temperature and salt content in two places on the island: in one of the fjords in the area of ​​the Danube station in northeast Greenland, where there are many geothermal sources, and south of the rapidly melting glacier, located just to the north. Based on the data obtained, the researchers calculated that the amount of the Earth’s deep heat that stands out in this area can be compared to the work of a giant heater that would be inside the glacier and fed from a 2 MW generator.

The exact amount of thermal energy released under the entire ice sheet of Greenland as a result of such geothermal activity is difficult to calculate, scientists admit. However, they are sure that it is enough to gradually melt the lower layers of glaciers, which because of this start to creep into the sea at a much higher speed than before.

“There is no doubt that the deep warmth of the Earth affects the movement of the ice cover,” explains the head of the research, Søren Rüsgard, “We think that the same processes for the release of thermal energy from the bowels of the Earth take place for the most part of the whole ice shield in the northeastern part Greenland “.

According to scientists, geothermal activity, accompanied by the release of thermal energy, occurs on the entire surface of the Earth, and this process is associated with the features of the development of the planet in the early period of its formation in the solar system. However, the sources of deep heat are unevenly distributed over the surface. For example, currently very active in this area is the neighboring Iceland with Greenland.

According to earlier findings of an international group of researchers headed by the assistant professor of Copenhagen University Shfakat Abbas Khan, published in 2016, since the last glacial maximum (about 23 thousand years ago), Greenland lost almost 40% of its ice, due to which the level of the world’s ocean rose on 4,6 meters. If all existing glaciers of the island are melted, then the level of the World Ocean will rise by another 7.5 meters. And although it is still far from that, according to the UN-established Intergovernmental Panel on Climate Change, by the end of the 21st century, due to melting of polar ice, the level of the World Ocean can grow by 1 meter.