The apocalypse is approaching: which Torah prophecies about the End of the World began to come true 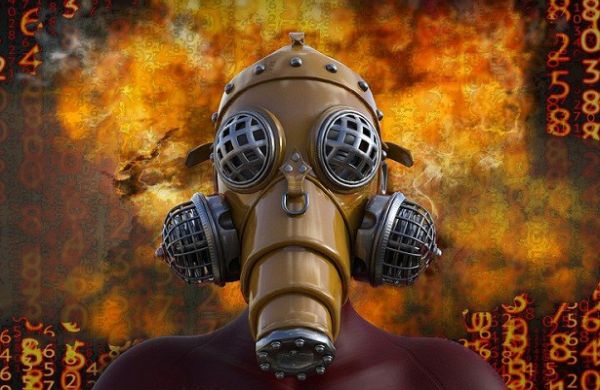 In 2018, the predictions of the end of the world made by the Jewish prophets began to come true.

According to legend, the text of the Torah was dictated to Moses by the Almighty himself. Over the centuries, these divine precepts were supplemented by various sages, they clarified certain provisions of the ancient religious document for their contemporaries, and also wrote down their own prophecies.

Of course, the lengthy text of the Torah contains many contradictions, because each of its co-authors had a personal idea of ​​the end of the world, for example. But in its most general form, it says that the Almighty gave our world six millennia from the moment of creation. Then, as the prophets predict, bloody wars, numerous natural disasters will begin, the death of most of humanity will occur.

But every cloud has a silver lining: at this time, the Messiah will appear on earth, who will lead the righteous to prosperity and prosperity. Therefore, individual followers of Judaism are trying with all their might to bring the end of the world closer, hoping to see the long-awaited messenger of the Almighty with their own eyes.

Mystically minded people are always looking for signs of the approaching Apocalypse in various events: the movement of comets; natural disasters; solar and lunar eclipses; armed conflicts. There are several reasons for the followers of Judaism to believe that the end of the world is near. Three prophecies from the Torah, predicting the imminent Apocalypse, came true one after another.

Judge for yourself, in September 2018, a red heifer was born in Israel, which symbolizes the imminent divine cleansing of our world. In early October, renowned photographer Noam Bedein unveiled sensational images proving the presence of live fish in the waters of the Dead Sea, which had not been for millennia. And a month later, tourists were surprised to see a snake on the Wailing Wall hunting a pigeon.

All these events are similar to the omens of the Apocalypse described in the Torah, which gave various mystics and conspiracy theorists the opportunity to talk about the approach of the Day of Judgment. The next date for the imminent end of the world, based on these predictions, is set for fall 2021 – three years after the prophecies came true.

Snake on the Western Wall

On November 3, 2018, the British edition of The Sun and several other information resources reported about a snake that crawled between the stones of the Western Wall in Jerusalem. A reptile hunted a pigeon in the female section of the tourist complex.

However, the event did not cause much commotion. The Western Wall Heritage Foundation (the official organization responsible for this site of cultural and religious value) made a statement that the snake, approximately 1 meter long, was non-venomous. The summoned serpentologist without much difficulty caught her, and the incident was over.

But numerous mystics found a special, sacred meaning in this event. As you know, the inhabitants of the Middle East, like other lands, in ancient times worshiped animal totems. It was believed that they protect and support people, give them strength. Conspiracy theorists claim that the snake was a symbol of the ancient family from which the legendary kings of the Jewish people – Solomon and David – originated. The appearance of their totem animal in the women’s section of the Western Wall was interpreted as a sign of future changes. And the fact that the snake hunted a dove, personifying the Christian faith in various esoteric practices, was perceived by many mystics as evidence of the approach of the Apocalypse.

Although, according to some Jewish religious leaders, this event has a positive meaning. It is possible that our civilization will face a serious transformation in the near future, because any changes bring not only troubles, but also renewal of life. Moreover, the number of snakes (nakhash) in traditional numerology is 358, and the word “Messiah” (Moshiach) has the same arithmetic indicator.

The Book of Zohar, referred to by many Jewish mystics, calls our world a kind of opposite to the Garden of Eden. That is, on a sinful earth, a snake is not the personification of the forces of Evil. On the contrary, this reptile here signifies the cleansing and revival of divine holiness.

It is noteworthy that a few months ago, just after the end of the Tisha Bav fast, dedicated to mourning over the destruction of two Jewish temples, a stone weighing 220 pounds fell from the western part of the Western Wall.

Explaining this event, the conspiracy theorists decided that the centuries-old suffering of the Jewish people was over. Now the long-awaited revival begins, which will mark the imminent appearance of the Third Temple – a mystical religious building, which should be a testament to the onset of an era of prosperity and prosperity.

Live fish in the Dead Sea

In early October 2018, all the world’s news agencies published sensational photographs taken by the famous Israeli photographer Noam Bedein. For many years he explored the Dead Sea, capturing this unique natural reservoir. And here’s real luck – in the waters that were considered absolutely lifeless, fish swim calmly. And earlier, algae were seen there.

The Dead Sea is a closed lake with a salinity level of 300-350%, which is one of the highest in the world. According to biblical tradition, the reservoir was formed on the site of the destroyed cities – Sodom and Gomorrah. And here, on the earth cursed by the Almighty, there were no traces of life for many millennia.

The Old Testament prophet Ezekiel (622-570 BC), however, left an unambiguous indication of this. He wrote that the dead waters will come to life again just before the end of the world. And in the reservoir, which was considered unusable, fish will appear again.

But on the other hand, salt water is not an insurmountable obstacle to life. Thus, Artemia (toad-legged crustacean) lives in the lakes of the Tiligul reserve, located near Odessa. The salinity level of those reservoirs is 269%. This is lower than the Dead Sea, but not much. And in the estuaries of Tuzla near the Kerch Strait, a furry worm lives quietly.

In any case, the appearance of fish in the Dead Sea is proof of significant changes taking place in nature.

In the book of the biblical prophet Daniel it is said that the sacrifice of the red cow will be another foreshadowing of the imminent appearance of the Messiah, since this ritual action will help cleanse the world of all accumulated filth. Many followers of Judaism believe that after the sacrifice, the construction of the mystical Third Temple will begin, marking the beginning of an era of prosperity.

But the problem is that it is very difficult to find a cow suitable for the ritual. It should be an animal with perfectly red fur. Even two hairs next to each other, which have a different shade, make the horned pretender unfit for sacrifice. In addition, a cow should never wear yokes, be involved in agricultural work, and she must also be born on Israeli soil.

According to biologists, a perfectly red cow is a biological anomaly. Nevertheless, the Old Testament says that the first such sacrifice was made by Moses himself, and before the destruction of the Second Temple, the ritual was performed eight or nine times.

The Israeli religious organization “The Establishment of the Temple” set itself the goal of accelerating the arrival of the Messiah, and breeders were involved in the work. And so, in September 2018, the birth of the “red heifer”, suitable for sacrifice, was solemnly announced to the whole world.

According to the instructions of the Mishnah (the sacred text of the followers of Judaism), the cow should be slaughtered in a special, ritual way, and the carcass should be burned. The ashes of such an animal possess the cleansing power, which should contribute to the restoration of biblical purity in our sinful world.

According to mystics, the birth of the red calf is another omen of global changes that await our world. After all, it was from clay of this color, according to legend, that the first people were created.

By themselves, the above events are not particularly remarkable. Snakes are found in Israel and crawl wherever they please. Stones fall from the Western Wall, after all, this is an ancient structure. Ginger calves are born from time to time. And fish can live in salt water if they adapt. But it all depends on how you look. What if these are really omens of the Apocalypse? Wait and see.