The architectural heritage of India is under threat 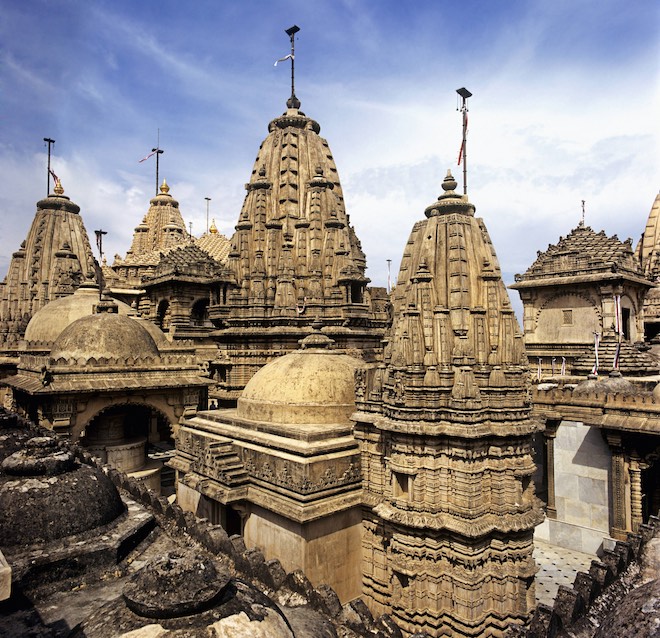 In July, 600-year-old Ahmedabad became the first city of India, included in the UNESCO World Heritage List. However, experts warn that its ancient citadels, mosques and tombs are destroyed as a result of the destructive impact of heavy traffic and pollution of streets.

The authorities hope that the global recognition by the UN cultural organ will renew the sense of public pride among the inhabitants of the old city, and they will take care of their home. But many families who once courted architectural monuments are tired of living conditions in the old city and flock to Ahmedabad in search of modern comfort.

According to experts, chronic air pollution, saturated traffic and chaotic urban sprawl are rapidly destroying the cultural capital of Ahmedabad. This area with its historical heritage was not designed for cars, but today thousands of trucks and rickshaws crowd in narrow streets. The congestion of cars spoils roads and covers stone monuments with black spots from exhaust gases.

The long-term neglect of the laws prohibiting the construction near heritage sites also hindered the efforts to save the treasures of Ahmedabad. In the heart of the old quarter from the medieval mosque only one dome is visible, and everything else is hidden behind shops, electrical wires and buildings illegally erected around relics of the Sultanate era.

Exquisite houses were demolished and replaced with bright structures, which, according to the aboriginal people, do not correspond to history at all. They hope that the new status of the city will help them protect their architectural heritage, and the rules will finally be respected.

Some of the abandoned quarters, isolated from the outside world by labyrinthine alleys, have long needed restoration. Many of the settlements identified by UNESCO as carrying a huge historical value, are in desolation.

According to media reports, in October, a small boy was injured as a result of the collapse of the balcony, and in July at least two people died when monsoon rains led to the destruction of entire houses.

Magnificent multilevel wooden mansions Grand Haveli were leased to poor migrants and enterprises for storage facilities. Specialist for the preservation of the architectural heritage of Hushi Shah noted that Ahmedabad was one of the most unique urban settlements in India, and it will be impossible to restore if people continue in the same spirit.

The Ahmedabad Committee for the Preservation of Historical Heritage has three years to document some 3,000 buildings under strict UNESCO standards – a colossal work for a small team. UNESCO can cancel or lower the status of the city if the committee fails to meet the deadlines. “Obtaining a status is one thing, but now we face another important task. If we do not cope, then there will be nothing to protect, “- said the deputy chairman of the committee P. K. Neur.