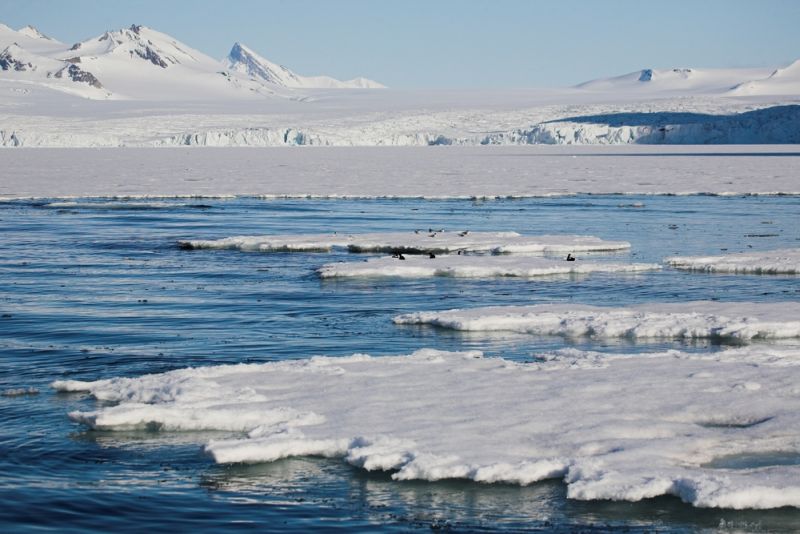 This was reported by specialists of the National Center for Snow Cover and Ice Information in Boulder (Colorado, USA). According to American glaciologists, especially active melting of ice in this season was recorded off the coast of Alaska in the Beaufort Sea. The area of ​​the ice cover in the Arctic as of the end of September amounted to 4.6 million square meters. km. In March, during the seasonal maximum, the total area of ​​ice in the Arctic reached 14.24 million square meters. km, that is, was at 1.22 million square meters. km is less than the average annual level for the period from 1981 to 2010. In general, over the past decade, the area of ​​Arctic ice, according to experts, has decreased by 13%.

Specialists reported that the ice-free water area reached the 80th degree of the northern latitude. They drew attention to the fact that this season the melting of ice began earlier than usual and did not rule out that by 2030 in the summer months the part of the Arctic Ocean that is adjacent to Alaska will be completely free of ice.