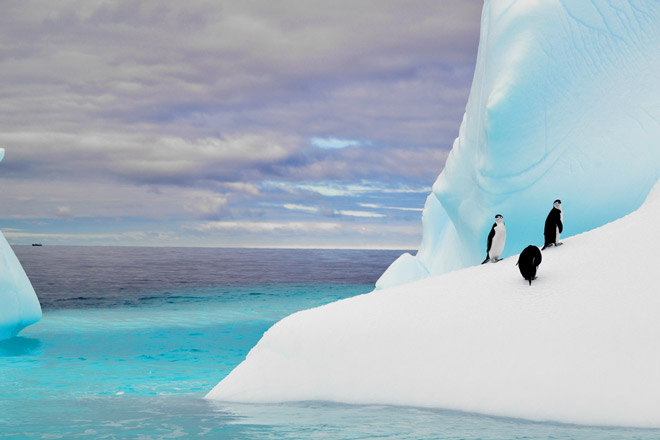 Almost every month we hear about the disastrous state of sea ice in the Arctic. Shining ice of Antarctica, by contrast, is remarkably stable in our warming world. In 2017, however, the sea ice at the South pole of our planet is getting smaller, and scientists do not know why.

The end of summer in Antarctica — a time when sea ice always reaches its annual minimum. This year, the minimum fell to its lowest level since the beginning of regular satellite observations in 1979. The area of sea ice in Antarctica has reached 2,188 million square km on March 1, according to the National center for information on snow and ice. The previous record — 2,296 million sq km — was established on 28 February 1997. The difference of 0.12 million square km covers an area of more U.S. state of Maine.

The situation is quite strange given the long-term trend in Antarctica: previously, there was a slight but regular increase in sea ice. The area of Antarctic sea ice reached a record high in October 2014. But although the growth of the ice cover of Antarctica has long been an argument for those who are skeptical of global warming, experts say that the stability of the Antarctic ice says more about the complexity of Earth’s climate system.

The winds, which are controlled by the topography of Antarctica, and currents, which controls the depth of the southern ocean to help preserve the Antarctic sea ice is relatively stable, especially in comparison with the Arctic. In a study of 2016 States that the increase in area of Antarctic ice from 2000 to 2014 was due to decadal climatic variability in the tropical Pacific ocean. And still other factors, such as the ozone hole over Antarctica, can influence the winds, the movement of heat and coverage of sea ice in the region.

In a nutshell, the situation of Antarctic sea ice really complicated. And scientists don’t expect to get a definite answer on the icy secrets of Antarctica soon.