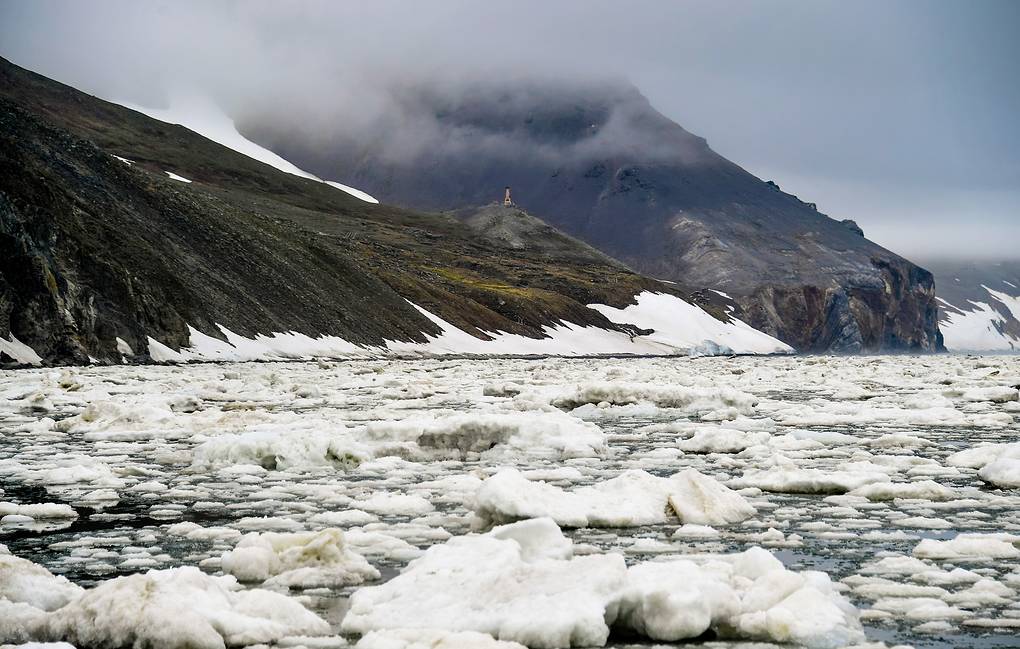 Climatologists have found that in the past few years, the area of ​​ice in the Bering Sea has decreased to a minimum. The last time ice in this area occupied such an area was more than 5.5 thousand years ago. The results of their research were published in the scientific journal Science Advances.

“To study the history of the advances and retreats of glaciers in the Bering Sea over the past 5.5 thousand years, We measured the proportion of isotopes in peat samples from St. Matthew’s Island. It turned out that in the winter of 2018 the area of ​​ice was minimal for all this time, and the deposits themselves ice reacted very strongly to changes in the level of lighting and the concentration of CO2 in the atmosphere, “the researchers write.

Almost all climatologists have no doubt that global warming exists, and that it will radically change the face of the planet if the rise in temperatures cannot be contained at around 1.5 ° C above pre-industrial levels. This is indicated not only by computer models of the Earth’s climate, but also by data from climate satellites, land-based meteorological stations and oceanic buoys.

The first and main victims of this process will be, as practice already shows, the polar regions of the Earth and mountain glaciers. The temperature on their territory has already become 4-9 ° C higher than in previous centuries. Because of this, their area may seriously decrease, as a result of which large areas of the Antarctic and Arctic will be free of ice.

A group of climatologists led by Professor Matthew Wooller of the University of Alaska at Fairbanks (USA) has discovered one of the most striking examples of this effect of global warming on the Arctic climate. In the course of their research, they studied how the ice cover of the Bering Sea, which washes the north of Kamchatka, as well as the southern shores of Chukotka and Alaska, changed.

To do this, scientists went on an expedition to the island of St. Matthew, which is located almost in the middle of the Bering Sea. Wooller and his colleagues studied the peat deposits that formed on its territory over the past 5.5 thousand years. Having prepared several sections of soil, the scientists measured the concentration of oxygen-18 and some organic matter in different layers.

The concentration of these elements and substances in plant biomass directly depends on the level of precipitation and the temperature in which mosses, lichens and other representatives of the flora of St. Matthew Island grew. Thanks to this, scientists were able to reconstruct the climate of the last 6 thousand years and trace how the ice retreated and advanced in the Bering Sea.

It turned out that changes in the amount of incoming heat associated with fluctuations in the level of CO2 in the atmosphere, the intensity of the sun’s light and other climatic factors, especially strongly affect the state of ice off the coast of Chukotka and Alaska. But at the same time, the ice reacts to such shifts very smoothly and with a rather long delay.

Despite this, global warming has already had a strong impact on these sea ice, reducing their area to the minimum for the entire last half of the Holocene – the modern geological era, which began about 13 thousand years ago. As the trend towards warming of the Arctic climate has only intensified in recent years, Woeller and his colleagues suggest that the ice sheet of the Bering Sea will shrink even more in the coming years and decades.

Current records, according to climatologists, are associated not only with the general warming of the planet’s climate and an increase in the concentration of CO2 in its atmosphere, but also with changes in the nature of the movement of currents and winds in the Bering Sea. The researchers hope that subsequent observations will show whether this is so or not, and will also help to understand whether the restructuring of currents and the melting of ice off the coast of Chukotka and Alaska will speed up the process of freeing other regions of the Arctic from ice.