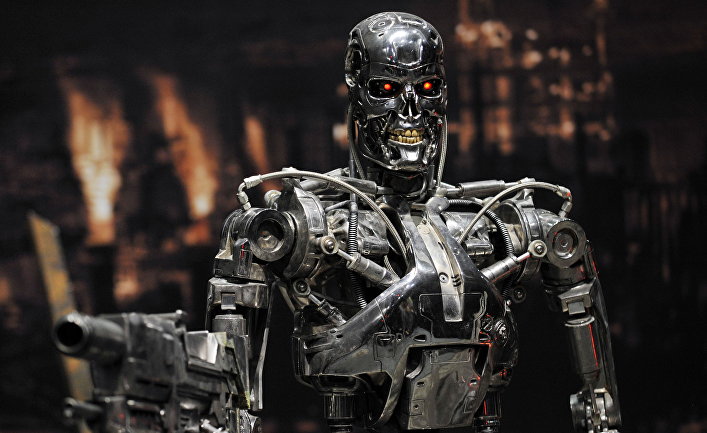 “On the one hand, “Terminator” and “Matrix”, with another — C-3PO and R2-D2 from “Star wars”. Came to choose our turn, but it also is the future”. Joking aside, without excess exaggerations it is possible to tell that the future of mankind already came in our life on the planet Earth and fully develops, mastering so-called superhuman artificial intelligence. It something, going beyond traditional understanding of the robot — “agents and the artifacts capable to study, perceiving information from the real world as students to listen, understand people, to become objects of love and trust”.

It is considerable jump forward, it is not hope on unknown any more: how the artificial intelligence till today developed, told on November 10 in Vienna before the audience consisting of scientists, researchers and journalists from around the world, professor Alexey Samsonovich on panel discussions of MEPhI, one of the main Russian universities taking the leading place in the world with its five institutes where developments in the sphere of cyberintelligence, nanotechnologies, biomedicine, the laser and plasma, and, mainly, in the field of nuclear researches are conducted.

Founded in 1942, incorporating several Nobel Prize laureates among whom and the developer of the laser of Basses, MEPhI which is deciphered as Moscow Engineering Physics Institute since 2008 became the national Russian center of nuclear researches. He cooperates with universities of a half of the world, including with Italian (Palermo, Genoa, Bolzano and Turin), 23% of students from other countries, a half of which not from the CIS countries, teaches the international professorial structure of the highest level, for example, from such institutes as the French CNRS, and also from the main universities of the Anglo-Saxon world, study here.

Unique system of researches where the last developments in the sphere of artificial intelligence which purpose is creation “assistants with – robots as continuations of our bodies controlled at the same time by our brain” as Samsonovich explains consider an ecological component in studying of similar scientific advanced technologies. All tasks — global, from anti-asteroid missions (in case of collision with Earth of an asteroid of 1 km in size there would be a world catastrophic crash, 100 meters — local, and the asteroid of 10 km in size would destroy all biosphere) to a protonoterapiya for treatment of cancer by acceleration of protons, as in the European center of nuclear researches, only with lower cost and in extremely limited spaces.

Nanoelectronics: here we return on the road map for creation of artificial supermind. Professor Vladimir Labunov represents evolution of the chip, from a “silicon” era to even unexplored spaces of consciousness. It is enough to tell that the single transistor was distinctive feature of the first chip, and nowadays existing chips are capable to contain in themselves to 7 billion transistors. “In a decade 2020-2030 — Labunov foretells — built in the chip chips will have the same abilities, as a human brain. Implementation of an artificial intelligence in the existing chips for use further of all opportunities of two-dimensional materials, since a decanter to receive as a result chips of such productivity in any sphere of use” will just be the first step.

Returning to the main content of the Vienna conference of MEPhI “Education and scientific research in the sphere of development and safety”, the speech mainly went about nuclear branch and all its possible types of application — from power sources (by estimates of MEPhI, the modern stations withstand even cyber attacks which will be capable as at most to lead to their switch-off) before terrorist threats where it is offered to work on methods of detection of radioactive materials of other nature strenuously. Sounded as well venomous comments to those who said no to “Nuclear weapon”, as in Australia which as representatives of the Russian state agency Rosatom recall, “became at the same time one of the leading exporters of isotopes and uranium in a pattern”.