The asteroid that destroyed the dinosaurs helped the sharks evolve 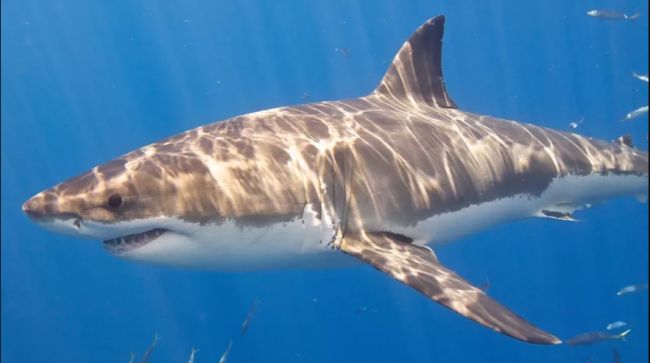 In the oceans of our planet live more than 500 species of sharks: from tiny to huge sharks-goblins and other monsters. And the current balance of species of sharks, which we see today, arose after the mass extinction of the Cretaceous-Paleogene period 66 million years ago, according to a new study. In the Cretaceous (which was between 142 million and 66 million years ago) over the seas commanded a detachment of lamellar sharks Lamniformes. Modern lamp-shaped sharks include a large white, mako and shark-hammer.

However, by studying the various forms of hundreds of ancient fossil teeth of a shark, the researchers found that a variety of carrharinaceous sharks Carcharhiniformes – the largest shark unit today, including tiger sharks and others – began to develop actively, while many lamellar sharks became extinct. This balance has survived to our times.

What’s left of the sharks?

“The study of fossil sharks is both a curse and a blessing,” says Neil Aslimann, an evolutionary biologist at the University of St. Ambrose who did not participate in the study. “Whole specimens are extremely rare, because the cartilaginous skeletons of these animals are poorly fossilized. Sharks constantly produce and lose teeth throughout life. Actually, because of this treasure chest with teeth, we have a clear understanding of when different groups of sharks appeared and disappeared in the geological record. ”

After analyzing the different forms of 597 ancient teeth of sharks from around the world, dating from 56 to 72 million years ago, scientists came to the conclusion that the extinction of one group of sharks and the prosperity of the other was due to changes in diet and food sources. Lamellar spruce has a lot of squid and marine reptiles, but many of them have become extinct. Small bony fishes, on the other hand, began to flood the seas and became food for carrharinous sharks, which they hunted.

The study of the evolution of sharks helps scientists find ways to preserve modern species that are threatened with destruction.