The astrophysicist has disproved giving about the Star of Bethlehem 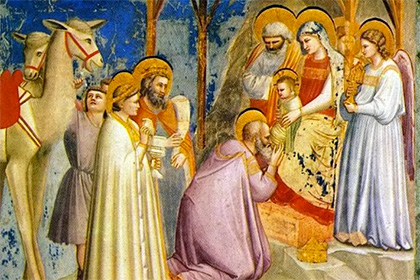 Professor of theoretical astrophysics and cosmology Grandee Matthews from the Notre Dame University in the USA has disproved the church legend that magicians were brought into Jerusalem by a star.

Matthews has studied historical, astronomical and bible records to draw conclusions on the nature of the Star of Bethlehem. So, in his opinion, magicians have learned about Jesus’s birth thanks to extremely rare planetary alignment.

According to records on which the expert, at this time the Sun, Jupiter relies the Moon and Saturn were in a sign of the Aries while Venus was in Fishes, and Mercury and Mars were on other party, in the Taurus. By his calculations, the similar phenomenon will repeat only later 500 thousand years.

The star of Bethlehem — the mysterious heavenly phenomenon which, according to the Gospel of Matthew, magicians called “star”. Having seen her in the east, they have decided that “the Judaic tsar” was born, and have come to Jerusalem to bow to him.

At the same time, according to church, the Star of Bethlehem was rather wonderful, but not astronomical phenomenon. Having executed the mission, she has disappeared from the sky. At different times scientists made hypotheses that as a wonderful sign Galley’s comet, visual connection of Jupiter and Saturn, Saturn and Mars, Jupiter and Regul acted. Also several options of flashes of new and supernew stars were given.