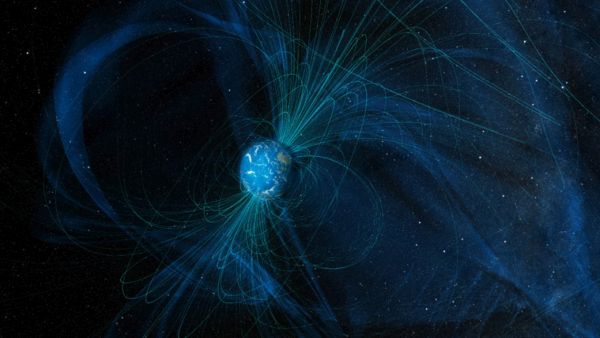 Computer simulations showed that the magnetic field of the young Moon, then much closer, connected with the Earth’s magnetosphere and helped protect the planet’s atmosphere from destruction by solar particles.

According to the most popular impact hypothesis today, the Moon appeared about 4.5 billion years ago, when the Earth was struck by a celestial body about the size of Mars, throwing masses of hot rock into orbit. Soon they formed a satellite, which since then has slowly cooled down and moved away from the planet more and more. For the next billions of years, the Earth remained completely unfit for life: it was incandescent, and the young Sun, although it did not shine so brightly, was unstable, pouring streams of particles over the planet.

However, even in these conditions, the Earth managed to preserve the atmosphere, thanks to which it eventually became habitable. And it looks like Luna helped her here. For a long time, while it retained the molten bowels, the satellite had its own magnetic field, traces of the existence of which have been preserved in some samples of local rocks. It was much weaker than the Earth’s, but it completely “dissipated” only 1-2.5 billion years ago, when the iron-containing melt in the center of the satellite finally solidified.

In addition, in the distant past, the Moon itself was located much closer, moving from a distance of 130 thousand kilometers four billion years ago to the current 385 thousand kilometers. All of this allowed the magnetic fields of the Earth and its young satellite to interact – and scientists from NASA have studied this interaction using computer simulations. An article by James Green and colleagues is published in Science Advances. 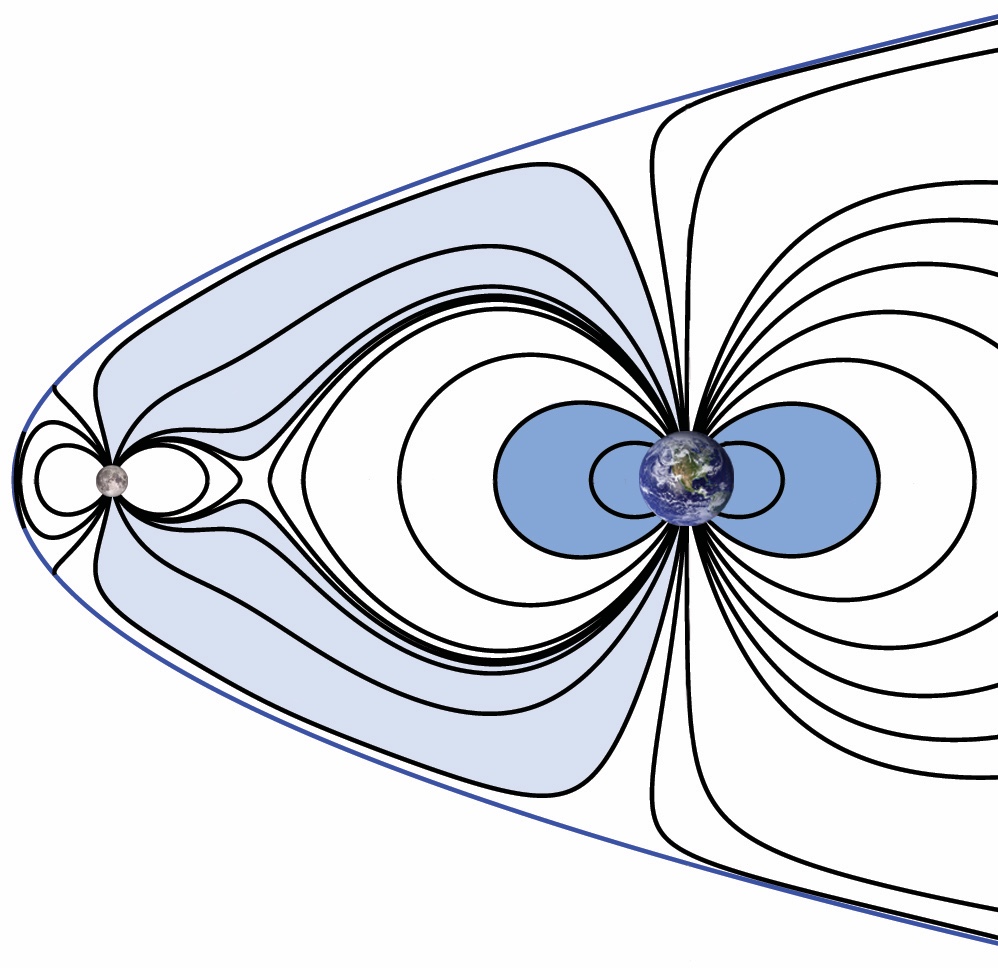 The authors show that the magnetic fields of the Earth and the Moon could be connected by lines of force emanating from the poles, creating additional protection from solar wind particles. Moreover, along these lines, an exchange of atmospheric particles between the planet and a young satellite, on which volcanism was still preserved, could take place. Perhaps this explains the presence of nitrogen and some other inert gases in the lunar regolith.

The Moon’s magnetic field has already weakened strongly 3.2 billion years ago and then completely disappeared. Without its protection, the particles of the solar wind could easily reach the very surface of the satellite and quickly led to the fact that its atmosphere completely disappeared into space. Nevertheless, the lunar magnetosphere managed to protect the air of the young Earth from this, making another imperceptible but critical contribution to the emergence of life on our planet.