The average depth of the lakes is smaller than scientists thought 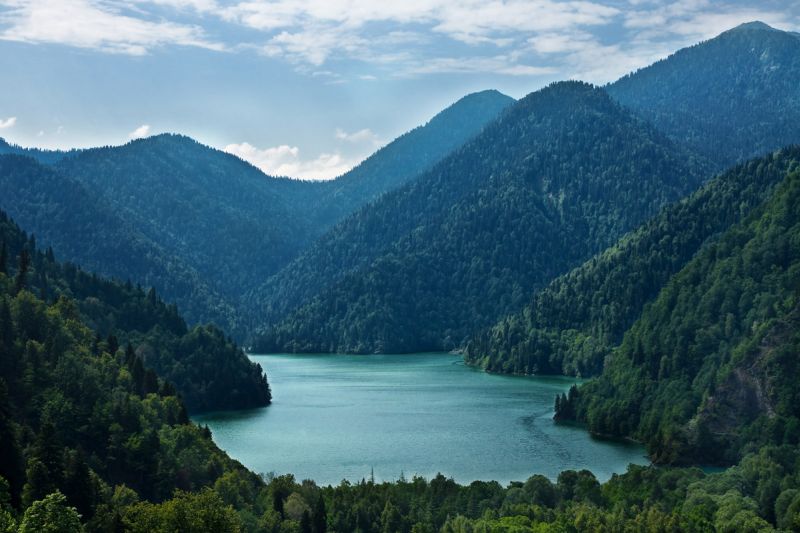 This week, during the meeting of the American Physical Society, scientists said that in fact, the average depth of the lakes around the world is one third less than previously thought. For climatologists, this is a very important research: if its results are correct, then experts will be able to model climate change more accurately.

Currently, the satellite network allows you to observe more than 100 million lakes around the world. In total, their area is about 30 billion hectares, which is about 2% of the surface of the entire land. However, assessing the depth of these reservoirs is not an easy task. The depth of the lakes varies in a very wide range: for example, the average depth of the famous Scottish lake Loch Ness totals 132 meters, which is 4 times deeper than Lake Erie in North America – and this despite the fact that Erie is 4500 (!) Times larger Loch Ness area. Scientists usually calculate the depth of the lake based on the features of the local relief, ie, the slopes of the surrounding layers of the earth, explains BB. Cale, the oceanographer of MIT and the lead author of the new study. The average total volume of lakes on the Earth ranges from 160,000 to 280,000 km3.

Cale decided to clarify these figures and, together with his colleagues, developed a model that for the first time allowed to explain the distribution of the depth differences of lakes all over the world. With the help of numerous studies and data collection, Keil discovered that the number of lakes in the area falls depending on the increase in the average area of ​​each lake according to the mathematical dependence known as the power law. Simply put, small lakes are more frequent, and large ones are less frequent and there is a wide spread if we consider the averaged indices and divide the surface into plots: on an area of ​​10 hectares, on average, only 1/100 of the total number of lakes in an area of ​​1 hectare, 100 hectares on average 1/100 of the total number of lakes in an area of ​​10 hectares, and so on. As a result, researchers have previously underestimated the number of small lakes, so that as a result, Cale obtained a slightly larger total area of ​​lakes around the world.

Having dealt with the quantity, the team went on to estimate the volumes and depths. A mathematical model of the Earth’s topography was useful here: Cale suggested that the surface of the planet has a fractal symmetry. In other words, no matter what scale we are considering, the distribution of mountains and valleys will be statistically the same if all heights are taken for an isolated factor. In particular, topographic studies show that to increase the scale by 10 times you need to take a height of 2.5 times more, and so on.

The team assumes that the lake can not significantly change the topography, and therefore their influence on the relief is very small. Cale calculated that the total volume of the lakes of the Earth is 199,000 km3, and therefore their average depth is not 62 meters, as previously thought, but only 42. Now the main thing: small lakes cover a large surface area and their bottom serves as a home for anaerobic bacteria . In the process of their life, they produce methane, which then flies into the atmosphere and contributes to the formation of the greenhouse effect. Lakes produce about the same amount of methane as the oceans, and about twice as much methane as all the landfills of the world, but this number still needs clarification.