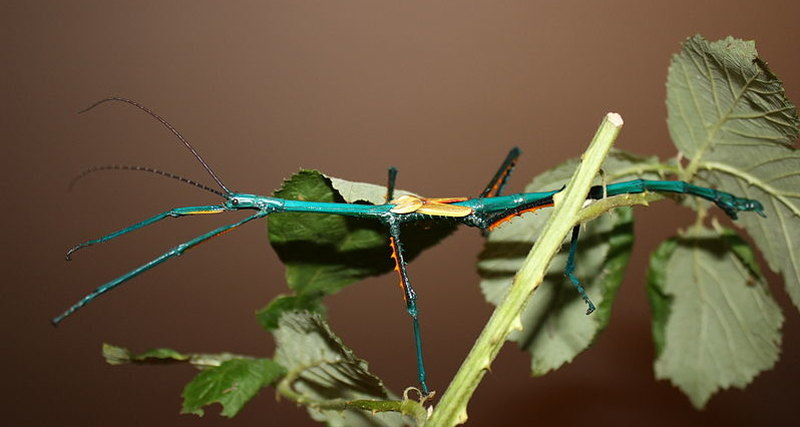 Insects from the detachment of bastards discovered a unique strategy for the continuation of the genus: for spreading to new territories, they allow the birds to eat themselves.

Biologists from the University of the Japanese city of Kobe studied colonies of sticks, or gazebene. This detachment of insects is widespread around the planet; Only on Borneo 300 species live, and in total, science knows more than 3000 types of sticks. They got their name because of their incredible disguise: they merge with the plant, resembling a part of the branch and becoming invisible.

Observing these insects in their natural habitat, the scientists noticed that despite the ability to masterfully hide, the sticks regularly become victims of thrushes and other birds. In this case, they are not completely digested: in particular, the eggs that the females carry in themselves go out together with the excrement and subsequently hatch in the new place to which their bird has transferred.

This method of procreation is widespread in the plant world, but representatives of the fauna have not previously been seen. To confirm the discovery, biologists fed birds with several species of sticks. Having traveled along the esophagus, a fairly large number of eggs proved to be viable – from 5% to 20%.

Such an unusual strategy scientists explain the evolutionary need: unable to fly, the bastards can not independently capture new territories and maintain a high level of genetic diversity.