The baldness of a man accused of reptiles 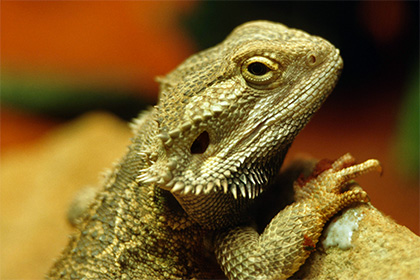 The hair and feathers came from the same source — from the scales of reptiles. The discovery is reported in the journal Science Advances, and briefly about it tells Science News.

It is believed that the hair of mammals and feathers of birds evolved from placodal — thickening of the ectoderm (outer covering of embryo) formed by cylindrical cells. The embryos of reptiles of plakatov. Scientists believed that they arose independently in birds and mammals, and reptiles over time, they lost.

Swiss geneticist Michelle Milinkovic (Michel Milinkovitch) accidentally bought on the market argama mutant, devoid of scales. The DNA of the reptile pointed to the mutation of the gene ectodysplasin-A (EDA) — it leads to the loss of both scales and hair (in mammals). Deciding that this gene may prove the common origin of these covers, Milinkovic and his colleagues have carefully studied the embryos Agam, Nile crocodiles and corn runners.

Contrary to previous studies, biologists have discovered that the embryos of reptiles actually formed placode. However, they are very small and occur sporadically (irregularly) during fetal development. Thus, a common origin of scales, feathers and hairs can be considered proven.

In 2008, scientists found that hair evolution began with claw. Biologists were able to figure out the probable function of two of six genes keratin proteins, found in lizards of the anolis. As they are expressed (that is, they synthesize protein) in the fingers of the reptiles, the authors of the study suggested that the proteins they encode are necessary for the formation of the claws.