The bats turned out to be the fastest flying animals 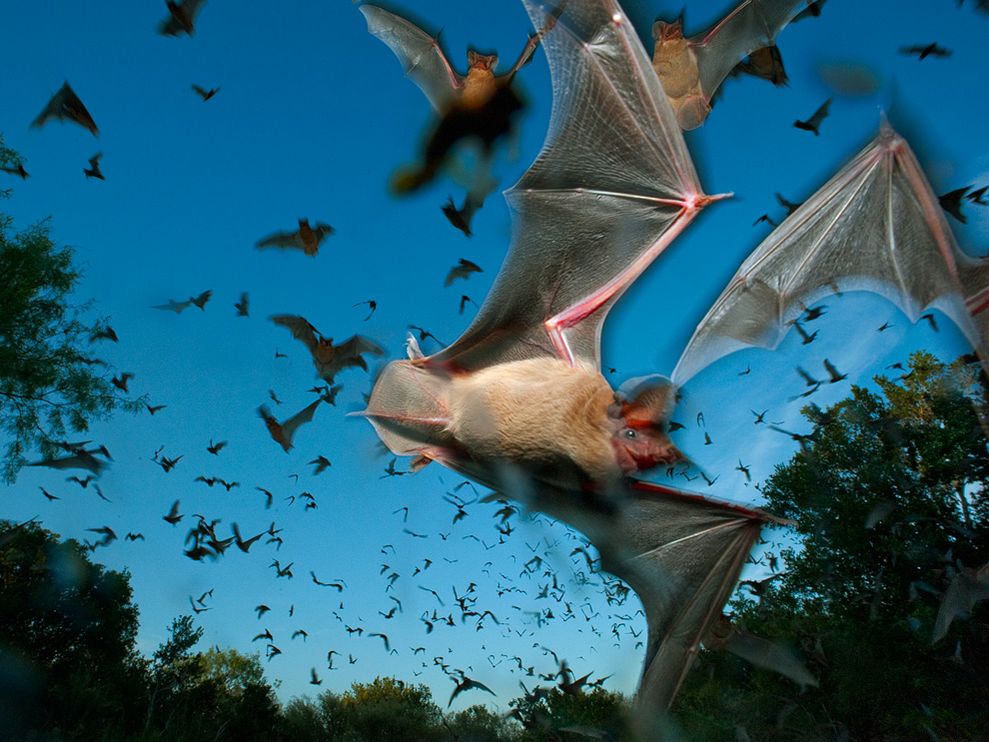 An international group of scientists found that some bats can develop a top speed of horizontal flight.

Still the fastest flying animals were considered birds. It is known that the speed of horizontal flight black swift (Apus Apus) can reach 120 kilometers per hour. In turn, the peregrine Falcon (Falco peregrinus) to dive and is capable of speeds of up to 322 kilometers per hour. This contributes to the geometry of the wing: it is already longer, the higher may be the speed. In contrast, broad and short wings, such as bats meet more air resistance and does not allow to reach high speed.

To test this, scientists from Boston University, the Institute of ornithology max Planck and other agencies watched bats in natural conditions. They put radio transmitters on the backs of seven female Brazilian skladchatogo (Tadarida brasiliensis) and recorded flight speed for each species for seven nights. The range of distances that animals may be transported in one night, was 54-160 kilometers. Speed measurement was conducted according to the frequency of the flapping of the wings (they put pressure on the transmitter) and the signal from the transmitter was recorded by the receiver on the plane and were compared with the data of the nearest meteorological station.

The results showed that all seven individuals were systematically developed a speed of from 90 to 160,2 kilometers per hour. In one case, the speed of horizontal flight of a bat reached 216 kilometers per hour, while landscape features, speed, and wind direction affect the end result slightly. The authors note that the peak rate of the animals developed, stopping the flapping wings, i.e. in hovering flight.

“We could hardly believe the findings, but they turned out to be true: sometimes female bats weighing 11-12 grams of flying at speeds over 160 kilometers per hour. This is a new record for horizontal flight,” — said co-author Kamran Safi.