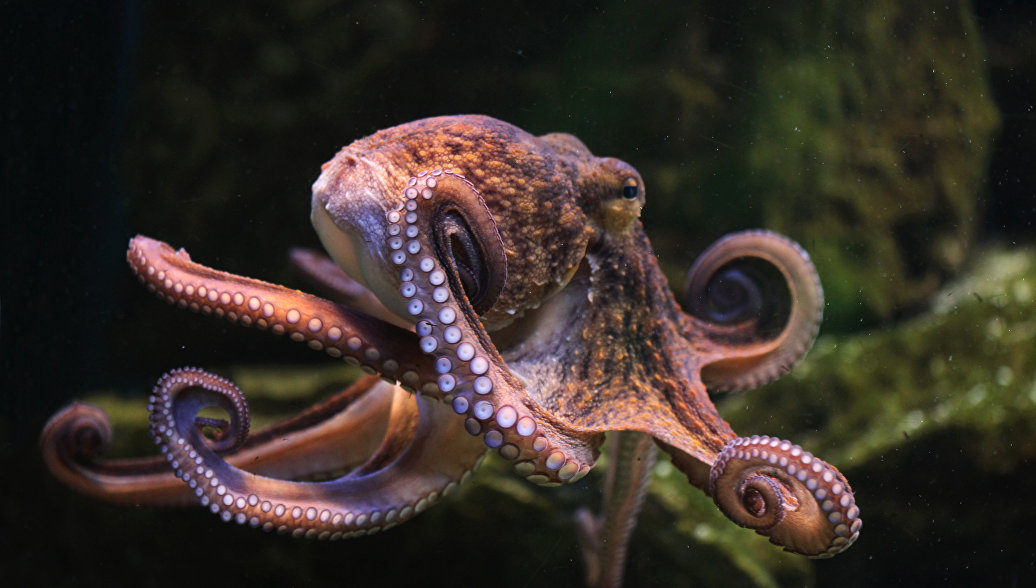 In the Seychelles, off the coast of the Frigate Island, divers Chris Taylor and Carrie Miller examined the coral reef. They managed to videotape a fight between an octopus and a fish-fish belly.

The octopus tried to drag a puffer fish into the gap between the corals, but to no avail. She behaved aggressively, not wanting to yield to the fight, swelled up like all puffy brooms do in case of danger. Then the octopus changed tactics: crawled out of the shelter and clasped the enemy with tentacles, almost completely closing it, but in this case the fish managed to repel the attack.

Fifteen minutes later, the divers left the battlefield, never knowing who was the winner.

Puffer fish are very poisonous. One individual can poison up to 30 people, the newspaper writes. The most famous member of the family – fugu fish.

An octopus can also produce poison, but usually it feeds on crabs, shrimps and small plankton.