The BBC is testing a holographic TV 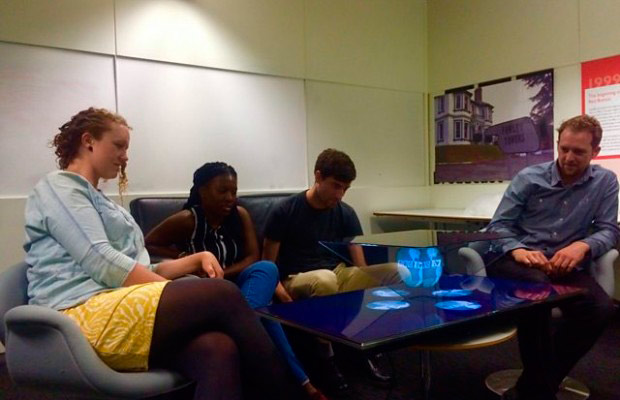 One of the biggest world TV companies wants to bring the TV outside flat screen. The BBC experimenting with a new format in the form of holography.

The company claim that holographic television was able to create on the basis of existing technologies and simple techniques. Specialists of the broadcaster took a big flat screen and a sheet of organic glass, which cut a pyramid and placed on the screen. This trick, which allows to project the image inside of the pyramid was used by the theatres even two centuries ago.

To view the holograms must have the appropriate hardware and compatible content. To do this, the BBC gave the company visual effects MDH Hologram some of their archival records in order to be modified.

“A device gives a very cheap way of viewing the image augmented and mixed reality. It may be used to view BBC content in the future. Our experiment was relatively simple, but on the horizon — new technologies that have the potential to completely change the impression of the audience from the content,” say the BBC.

However, in watching the broadcasts so there’s certain constraints allowed only certain types of images in low-lit.