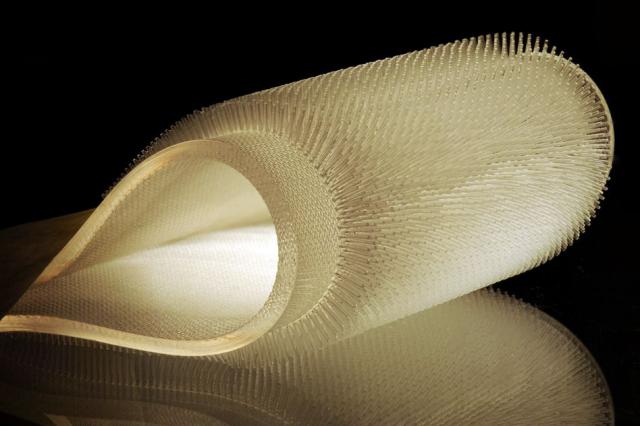 Beavers and some other animals unlike walruses and whales have a thick layer of subcutaneous fat, however, this does not prevent them to swim in cold water. Keep warm and stay dry during the voyage helping them fur lends an air layer.

Experts from the Massachusetts Institute of technology decided to create a diving suit that would use a similar principle. Development, according to the researchers, will be in demand, especially surfers.

Specialists experimented with hairs of different size, omitting different speeds created from them cover in water. Every time the scientists recorded the amount of air trapped between the hairs. For artificial fur, the researchers first created with a laser in a small acrylic blocks several thousand tiny holes. Then filled out the form with polydimethylsiloxane, and then after curing removed material.

During the experiments, the hair was immersed in silicone oil in order to better discern how to form air bubbles. The experiments showed that immersion of hairs near the base formed a thick air layer. Farther to the ends of the hairs, the air became less. According to the researchers, the formation of air layers is greatly influenced by the speed with which the surface is immersed in the liquid.