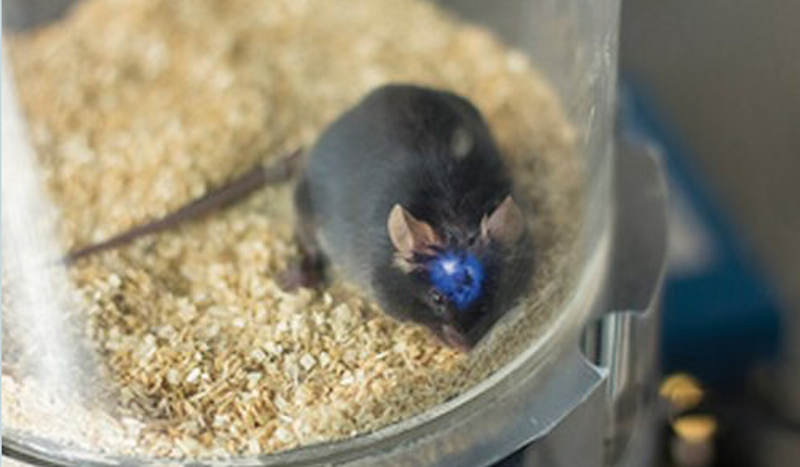 A team from Stanford University led by Professor Ada POON has developed electron-optical brain implant that when placed in the rat brain is capable of using light waves to force rodents to execute various commands.

During a series of experiments, animals with electro-optical implant made exactly the usual steps, but after the switch, the rodent began to run in a circle. It is this pattern of behavior was built into the program implant. After switching off the animal returned to its normal behavior. As she says the study’s author, Ada POON,

“Electro-optical implant is controlled and supplied with energy by using wireless technologies operating in the radio frequency range. Symbiosis surgically implanted electro-optical implant and the neurons of the nervous tissue, which has acquired the function of sensitivity to light, made possible by their modifications at the gene level.”

This area of science relates to optogenetics — the science that allows you to create neural excitation by genetic modification of the cells. Earlier similar experiments were conducted, but wireless technology for such implants are used for the first time. The device of the old type contained a bunch of wires and a fairly massive battery that paralyzed the movement of animals.

As one of the parts of the device is the led. In addition to it, the composition also includes a resonant circuit tuned to a frequency. Generator of radio frequency oscillations can be configured to create one or several frequencies simultaneously, which allows you to “take control” as a single individual, and the whole group of animals in General.

Available technologies and their know-how. The main element, which manufactured the implant is a material selected from one of the simplest types of marine algae are able to move in the direction of the light source. By themselves, these algae are on the surface of the cell membrane molecules of light-sensitive protein. When the light falls on them, in the cell membrane opens ion channel, which leads to changes in the electric potential within the cell and movement.