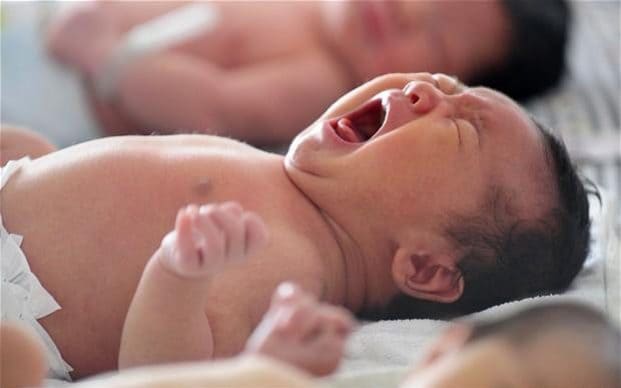 Many future parents prepare for the appearance of the newborn, decorating the room intended for him in soothing tones, and also buying a lot of rattles and soft toys. However, new research shows that the best way to make a newborn happy and content is to sing lullabies to him when he is still in the womb.

The study, which involved 160 women, showed that those mothers who sang to their future children during pregnancy, were born babies, whose periods of crying were much less lengthy.

About 170 pregnant women were divided into two groups. The first group received an assignment to sing lullabies during the last months of pregnancy and the first months after the birth of the child, and the second group received no assignment and acted as a control.

Children born to mothers from the first group, on average, wept for 18.5 percent of the time, while for the second group this figure was 28.2 percent. At the same time, among children with colic (excessive and frequent crying in the absence of any disease) – those who enjoyed lullabies before birth, wept for almost a quarter of the time.

In addition, in the study using a special scale, the mutual attachment between mother and child was analyzed. At the same time, the time of the child’s sleep was monitored, the number of cases of crying and colic attacks was recorded. A few weeks after the birth of children, the index of postnatal affection for the above scale in “singing” was 1.96, and in the control group – 1.28.

This study was conducted by the University of Milan, and its results were published in the journal Women and Birth. The authors concluded: “Mothers who sing lullabies during pregnancy can increase the degree of mutual attachment to the child, In addition, it can have a positive impact on the behavior of the newborn and reduce the degree of maternal stress.”