The biomechanical artificial limb of a hand is created 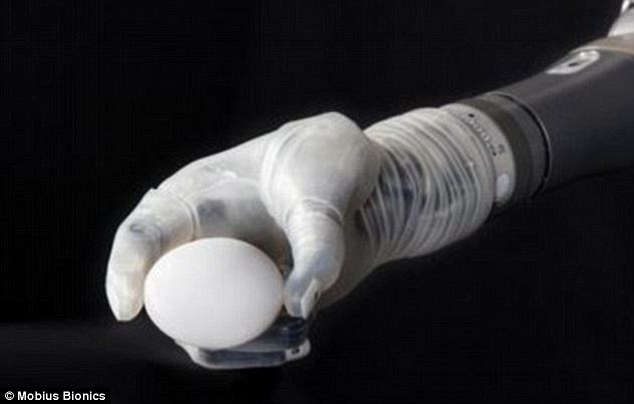 This year DARPA (Management of perspective research projects of the U.S. Department of Defense) arranged serial production of a biomechanical artificial limb of a hand of LUKE called in honor of Luke Skywalker.

The Mobius Bionics company began serial production of a biomechanical hand of LUKE developed by engineers of DARPA. The robohand will be received by the combat veterans of the USA who lost extremities in the war.

The robohand of LUKE (Life Under Kinetic Evolution) is called in honor of an artificial limb which was received by Luke Skayvoker in the fifth episode of the saga about “Star Wars” “The empire strikes back”. The device allows the people who lost hands to do almost all that the human hand is able to do: to take objects, to hold them and to feel compressive force. The artificial limb has six nozzles which can be changed, and a mechanical brush with a set of the relative frame joints which copes with the help of control panels. Some elements of management of a brush are put on on a foot of legs.

At a ceremony on December 22 in National military hospital of Walter Read in Bethesda artificial limbs of LUKE handed to two veterans who lost hands during combat operations.