The birth of a huge iceberg was shown on video 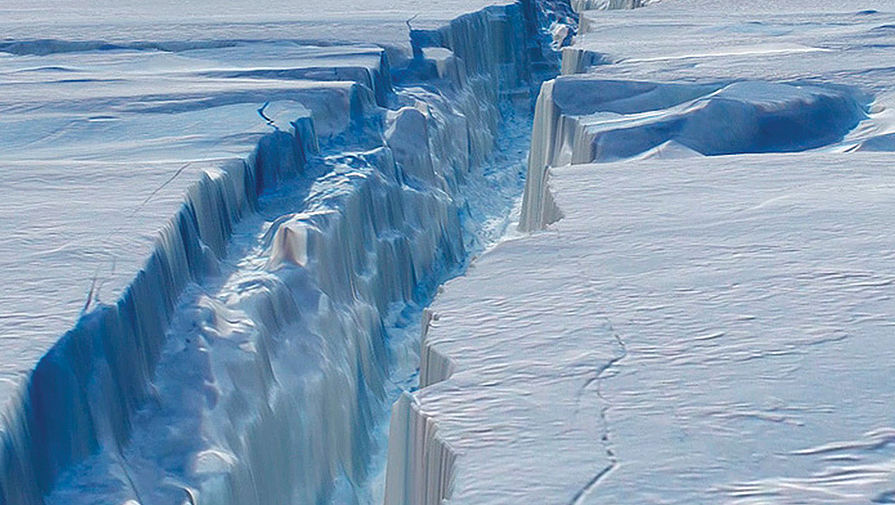 Climatologists from the European Space Agency compared satellite interferograms and received a video that shows how a huge crack grows in the ice sheet of Antarctica. When it reaches the shore, a huge iceberg will break away from the Larsen glacier, followed by one more – perhaps the largest in the history of observations.

The data used to create the video was collected using a system of two Sentinel-1 satellites that take the Earth and Day recorded on April 7-14, 2017, day and night. For the observation, not satellite cameras were used, but radars, which measure the forces that appear on the surface of ice, and the air temperature at the upper edge of the glacier. The result of such measurements is called an interferogram; Comparing the interferograms made during the week, the scientists managed to see how the crack, threatening to just about to separate the huge iceberg from the Larsen glacier, quickly moves forward while expanding. On separate interferograms, crack growth is invisible, and sometimes a split is not visible at all.

The Larsen glacier is called the shelf: such ice tongues rest on the bottom or descend from the continent to the sea; Icebergs are formed from the breakaway parts of the ice shelves. In the last 10 thousand years, Larsen’s diary remained very stable, and only in the 20th century the warming of the ocean and air began to destroy it. The part of the ice shelf that extends into the sea serves as an emphasis, which does not allow its mainland to slip into the water. The crack shown in the video threatens to finally destroy the marine part of the Larsen S diary, the last of the three parts of a large, slightly smaller area than the Voronezh region of the Larsen glacier. The other two parts (A and B) slid into the ocean in 1995 and 2002.

According to the forecasts of climatologists ESA, this fault will cease the existence of the entire Larsen S glacier: when it reaches the edge of the ice, the remnants of the glacier will slip into the ocean, and the iceberg into which they will turn will probably be the largest one that has ever been observed Scientists and travelers. To say when this happens, scientists are not yet taken.