The bottom of the Gulf of Oman absorbs the ” death zone» 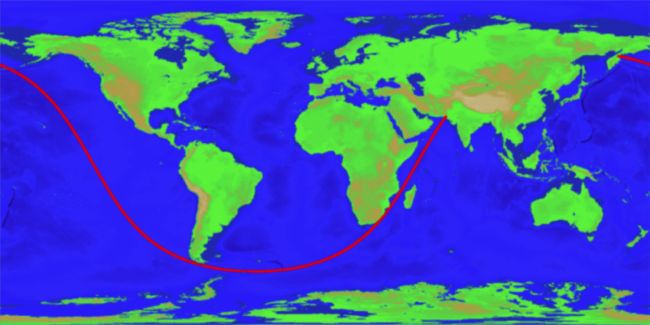 In 2012, Reddit user Patrick Anderson published a map showing the longest straight line that can be drawn across the ocean without meeting with the land. He did not provide any evidence that his data was correct, and a couple of researchers decided to develop an algorithm that would find the longest straight line not only on water but also on land.

Rohan Chabukswar of the United Technologies research center Ireland and Kushal Mukherjee of IBM Research India created an algorithm that was to confirm that the route from Pakistan to Siberia is really the longest straight line on which the seafarer can follow. On a two-dimensional map, the route does not look like a straight line, but do not forget that the Earth is a sphere.

Calculate this route was not the easiest task. The researchers purchased a card with a fairly high resolution NOAA. They had to check 5 038 848 000 000 points possible. That’s 5 trillion 38 billion 848 million points. Chabukswar and Mukherjee did not have sufficient computing power to calculate, and for this reason scientists used branching algorithms to solve optimization problems. This approach reduces the time to solve the problem, splitting it into smaller parts and subsets.

With this amazing technique, scientists have made calculations on a regular personal computer for 10 minutes. Surprisingly, the result was the same as that published by Reddit user in 2012. The length of this route is 32 089.7 kilometers. 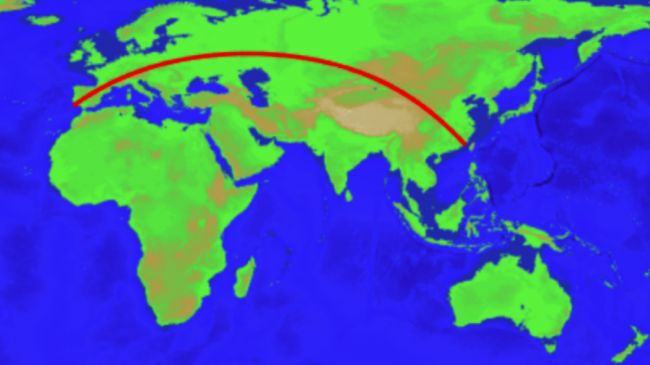 In the same way, Chabukswar and Mukherjee decided to find the longest straight line, which can be followed on land, without colliding with large reservoirs. The length of the straight line was 11,241 km. This direct runs from China through Mongolia, Kazakhstan, Russia, Poland, Czech Republic, Germany, Austria, Liechtenstein, Switzerland, France, Spain and ends in Portugal. 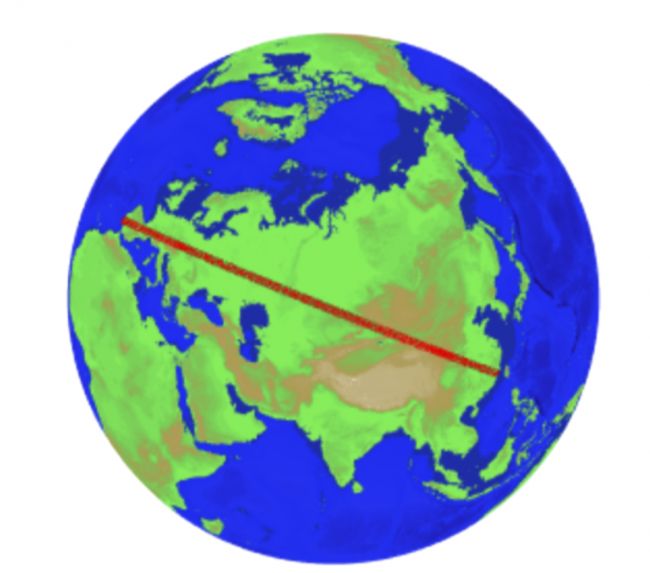 It should be noted that the route from China to Portugal may not be the best, as the calculations do not take into account the mountains and rivers. The same can be said about the route across the ocean.